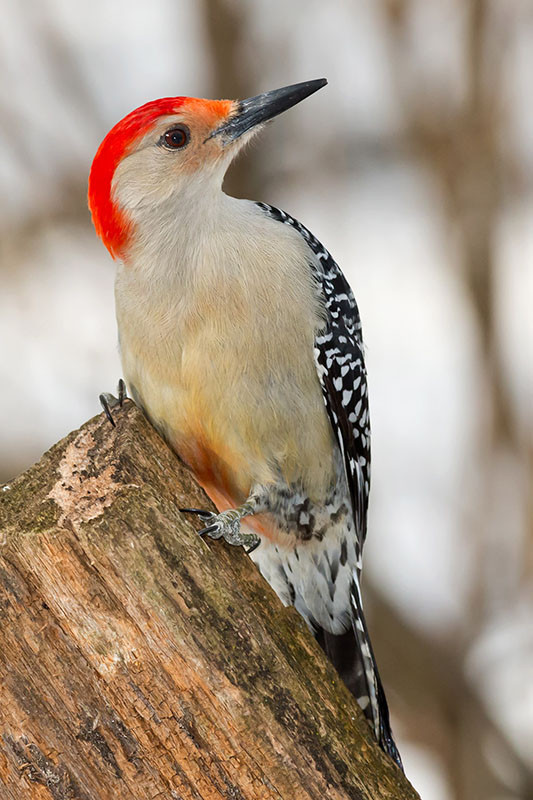 This Eastern tree climber possesses perhaps the only North American bird name that rivals the Ring-necked Duck in terms of nonsensicalness. (Both are relics of a time when ornithologists shot birds and studied the skins without paying any heed as to whether namesake field marks could be discerned from a distance.)

“Everyone is always complaining because you really can’t see the red belly unless the bird is dead in your hand,” says Alice Deutsch, a former president of the Linnaean Society of New York. Its red head, on the other hand, is impossible to miss. Alas, that identifier had already been taken by the Red-headed Woodpecker, which sports an even redder head. The species was therefore named for the inconspicuous splash of rose on its underparts. Erickson, for her part, believes calling it the Pinkish-tinged Woodpecker would be more apt.