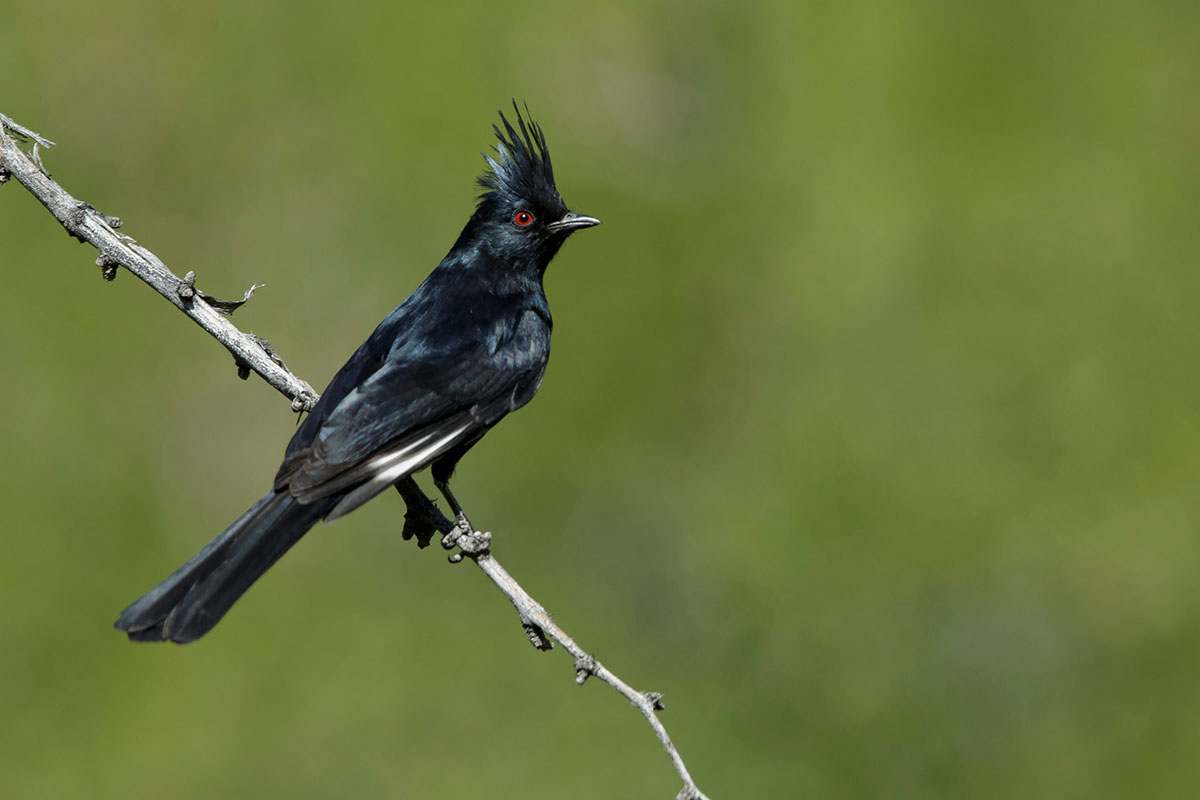 This northernmost member of the silky-flycatcher family gets its name from the Greek word phaino (meaning “shining”) and the Greek-derived Latin word pepla (meaning “robe”) — an apparent reference to the male’s glossy black plumage. Baglee calls it “an odd definition given that the male is as dark as a starry night, and the female is as gray as settled fog.” He jokes, “Also, I think it’s important to respond to the question, ‘What did you see this morning?’ without feeling your answer is suggestive of an illegal activity or heralds the discovery of a new prescription-only pharmaceutical.”

The Pyrrhuloxia, another Southwestern bird with a hard-to-pronounce name rooted in Greek and Latin, is similarly polarizing. “Showoffs can use Latin names all they want — I am sure they worked hard to learn them,” Larson says. “But for the rest of us knowledgeable birding schlubs, could we please just call this bird ‘Desert Cardinal?’”