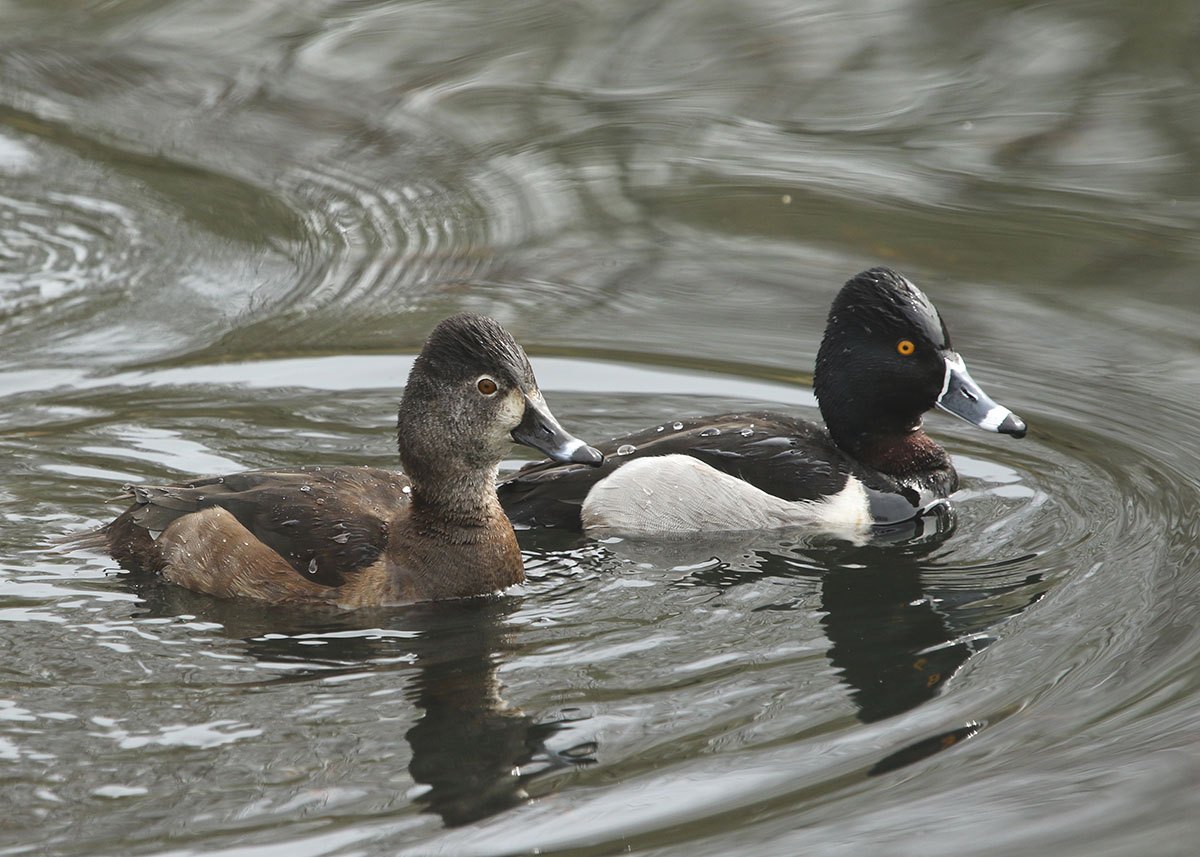 Birders who score a close-up view of a male in ideal light — and squint intensely — might notice a cinnamon band around the neck of this diving duck. That said, this unremarkable little collar is just about worthless as a field mark. All the more confounding: Both sexes have an obvious and diagnostic field mark mere inches away — a white ring near the tip of the bill.

“Like just about everyone, I’d change the Ring-necked Duck to either the Ring-billed Duck or the Subtly-purple-ring-around-the-neck Duck,” says radio personality and author Laura Erickson, who writes the Attracting Birds column for this magazine.

Hunters already refer to the bird as the “Ringbill.” Yet the American Ornithological Society, which publishes the official North American checklist, has declined to get on board. Just two years ago, its North American classification committee unanimously rejected a proposal to change the Ring-necked Duck’s name, citing its policy of retaining well-established monikers — even when not precisely accurate or appropriate — for the sake of nomenclature consistency.

“If we started from scratch, we would all vote that Ring-billed Duck is a better name,” says Terry Chesser, who chairs the classification committee. “But in general, we don’t just change names because we can think of a better one.” He adds that if they started doing so, “it would be a cascade, it would never end, and it would be permanent instability in bird names…and that’s what we try to avoid.”