The origins of flight in birds, along with the possibilities of gliding and flapping in various animals, remain a massive area of research.

We have a pretty good idea of the basic issues with the mass of the animals in question; their anatomical arrangements with how they held out their different wings and used them as control surfaces (the arms, legs, and tail), and the amount of lift being generated. Progress remains strong here and so while there are areas that need to be filled in and more to come, it’s not an area that is either under-researched or likely to produce major breakthroughs, since most of these are, if not in hand, certainly pointing strongly toward the answers. However, one of the two major areas that does still need work in terms of the origins of flight is the transition from gliding to flapping.

Powered flight has evolved only four times: in insects, bats, pterosaurs, and the birds. Insects are not much of a help with bird flight; the origins of pterosaurs (the flying reptiles that lived alongside dinosaurs) remain poorly understood generally and even less so in terms of their development of flight; and fossil bats are extremely rare. So, all the practical research is on the birds themselves and their dinosaurian ancestors, and while the information we have from the fossil record is now exceptional and detailed, with dozens of species known from hundreds or thousands of specimens between them, the transition from gliding to flapping is poorly understood. 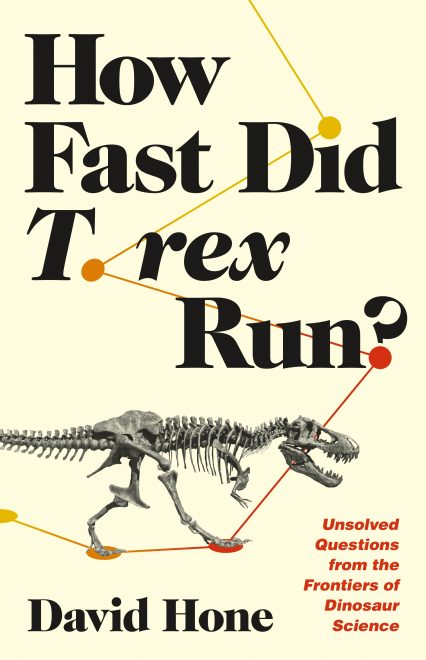 Ongoing discoveries from China in particular, where there are numerous feathered dinosaurs apparently from the very point at which flapping emerged, are likely to help fill in this gap soon, but there remains another area that also needs more work.

In order to fly in some way, animals need to launch and become airborne. The vast majority of birds get most of their launch power from their legs, so even if their wings are pumping hard, it’s their running and/or jumping that gets them aloft. Far too little emphasis has been placed on this important aspect of bird flight (by both paleontologists and science communicators), and the jumping capacity of various small dinosaurs needs to be investigated to see how this lines up with apparent capacity for flight, since there should be a fairly strong relationship between them. That said, perhaps jumping was a precursor to flight and it would be intriguing to see how far back into various lineages the ability to jump well might appear. And as for the larger theropods (the carnivorous dinosaurs) in particular, could they even jump?

A related issue in terms of launch is the ability to climb up vertical surfaces, most obviously trees. Various studies have strongly advocated small bird-like theropods as being capable climbers, but also as being very unlikely to have engaged in this behavior. Both clearly cannot be true, and as ever the truth may lie somewhere in between, since some animals don’t appear to have many obvious adaptations for climbing and yet are surprisingly good at it, as seen by the number of goats that end up in trees.

If flight did evolve from fundamentally terrestrial non-climbing animals, that would be a bit of a surprise, and so establishing their abilities in trees is an important component of working out where these animals were launching from and by extension what evolutionary pressures were triggering flight. After all, there’s a huge difference in terms of getting an initial elevation from the ground or from a tree branch. Certainly, it would seem that many of the little gliders must have been climbing, or how else would they get to a high point when gliding can only take you down, but that doesn’t mean the first flappers were necessarily taking this approach. In addition, the little theropods are not the only dinosaurs that might have been making it up into the trees, and there are plenty of other small species from other groups that were light and agile and with somewhat grasping hands.

Admittedly, none of them look too well suited to an arboreal life, given in particular their lack of classic climbing hallmarks such as well-developed claws for gripping, or arms with a wide range of movement to reach awkward branches. But again, this doesn’t rule out them being able to get into and around some trees, and this is an area where all the work has focused on the origins of birds and with almost none on any other groups.

Dinosaurs were primarily terrestrial animals and we’ve commented here on the issues surrounding flight, but sooner or later most species would have encountered large bodies of water. Dinosaurs seem to be oddly bereft of semi-aquatic or even highly aquatic species, but that doesn’t mean that they didn’t or couldn’t swim. Indeed, while some excellent work has been done on how various dinosaurs would float given their lung volumes and other pneumatic bits, this doesn’t say much about how well they might have got around when in water.

Few may have been good swimmers (though even the credible candidates for a semi-aquatic life have had no in-depth analyses of their likely forms of locomotion), but it would certainly be interesting to know which species could have swum well and which would have floundered. Numerous bonebeds of larger horned dinosaurs are known where the animals appear to have drowned, but we don’t know if these were relatively capable swimmers overcome by floodwaters or unexpectedly difficult crossings, or animals that could barely make it to shore at the best of times, or even if mass drownings might have been a fairly regular occurrence.

The role of digging

One final terrestrial aspect that has been little studied is that of digging. Many dinosaurs likely dug holes in order to create nests in which to lay their eggs, and while the giant claws on the hands of some sauropods have been linked to excavating nests, few others have had anything like the attention. The little insectivorous alvarezsaurs, for example, have been shown to be well adapted to making holes to uncover their food, and the little ornithischian Oryctodromeus was apparently living in burrows and also shows some adaptations to digging, but there has been little systematic study of the mechanics of their potential to dig, let alone of the host of other dinosaurs that in some way were probably capable of excavating soil.

As with the point about goats above, animals don’t necessarily need to show a suite of adaptations to be decent and active diggers in some circumstances. The (orange and rather furry) Sumatran rhinoceros can dig quite large and deep pits to make into a mud wallow for themselves, despite lacking any real specializations for the activity. Though for the rhinos this is probably helped by the relatively soft and moist rainforest soils, it would seem odd indeed if no other dinosaurs were engaging in similar behaviors and, when studied, some could easily reveal something of an anatomical link to doing just this kind of thing.

Overall, biomechanics is a booming area of research for dinosaurs, with the ongoing advancements in technology allowing better and easier analyses of complex motions and stresses and enabling researchers to delve deep into the physics of posture and motion. Of all the aspects covered in this book, this is perhaps the one field where most of the major pieces are in play and it’s mostly a matter of time until enough researchers tackle these questions and then we will have major answers.

In the background, work by non-paleontologists developing new technologies and software to allow better and faster calculations, and anatomists providing more in-depth understanding of living animals, will keep pushing this field into being ever more accurate. For now, the overlap between paleontology and biomechanics is limited, in that there are few researchers with the expertise to dive deep into this area, but it’s growing in depth and breadth, and this is surely an area with some major new innovations and answers coming in the very near future.

Check the price and availability of the book on Amazon.

Evidence that birds are dinosaurs is outstandingly good

New discoveries of ancient birds from Australia and Japan

Find even more stories about birds and dinosaurs