Ninety-two years ago, in 1930, ornithologists reported that meadowlarks in the southwestern United States were somewhat different from the widespread Eastern and Western Meadowlarks. The birds, which have a darker yellow chest, paler upperparts, a shorter bill, and other differences from their cousins, were classified as a subspecies of Eastern Meadowlark — Sturnella magna lilianae. The subspecies was known as Lilian’s Meadowlark.

Four years later, the subspecies S. m. auropectoralis was described from central Mexico. It is similar to lilianae but has darker upperparts and shorter wings, and it nested in a region south of lilianae’s range.

Birders have speculated for decades that Lilian’s may be a distinct species, and now, after the better part of a century, the two populations are being recognized as distinct from Eastern Meadowlark. The North American Classification Committee of the American Ornithological Society announced that it is splitting lilianae and auropectoralis into a species to be known as Chihuahuan Meadowlark (Sturnella lilianae). The news appears in a new paper about the official checklist published August 3 in the journal Ornithology.

The bird’s breeding range extends from northern Arizona, northern New Mexico, and western Texas (and possibly southeastern Colorado) to northern Sonora and northern Chihuahua in Mexico. And separately, the subspecies auropectoralis breeds in Mexico, in southern Sinaloa and Durango south along the coast to Nayarit and in the interior to Michoacán and México. Chihuahuan Meadowlark winters from central Arizona and southern New Mexico through the remainder of the breeding range, and it has been recorded in winter west to the Colorado River in Arizona and east to Kinney and Val Verde Counties in Texas (which border the Rio Grande west of San Antonio).

In February, Johanna Beam, a Ph.D. student in biology at Penn State University, submitted an eight-page proposal to the classification committee arguing for the species split. Beam’s undergraduate honors thesis focused on speciation in Eastern, Western, and Lilian’s Meadowlarks, and she was lead author on a 2021 paper that found “Eastern, Western, and Lilian’s meadowlarks all have moderate but equal amounts of differentiation from one another, suggesting Lilian’s Meadowlarks is a full species.”

The committee’s decision to name the bird Chihuahuan Meadowlark reflects the fact that the lilianae subspecies is found in the Chihuahuan Desert.

For birders who keep life lists but don’t travel outside the U.S. or Canada, the meadowlark split is the most notable change to the official Check-list of North American Birds that AOS announced in its 63rd supplement to the list. The committee, however, made several other changes among birds in Central America and the Caribbean. So if you have been birding in Mexico, Costa Rica, Panama, Jamaica, or several other Latin American countries, your life list total may have risen thanks to new splits. The various moves bring the total number of recognized North American species to 2,178. Here’s a summary of other changes.

Several of the checklist updates involve birds of Mexico or Central America that have closely related species or subspecies found only in South America. For example, White-collared Kite (Leptodon forbesi) has been split from Gray-headed Kite (L. cayanensis). Gray-headed is widespread from southern Mexico to central South America. White-collared is endangered and is found only in eastern Brazil.

Ecuadorian Thrush (Turdus maculirostris) of Ecuador is now split from Spectacled Thrush (T. nudigenis), which is found in South America and some Caribbean islands.

The committee is making changes to the genera or scientific names of some birds. For example, it shuffled the wren family Troglodytidae, changing the evolutionary order of 17 genera.

The committee is assigning Lesser Kiskadee, which is found from Panama to central South America, to its own genus: Philohydor. It used to be in the same genus as Great Kiskadee (Pitangus), and even though the species look similar, their DNA indicates that they are distant enough relatives to be placed in separate genera. The result is Lesser Kiskadee’s new scientific name is Philohydor lictor.

Similarly, Mottled and Black-and-white Owls have been assigned to the genus Strix and moved out of Ciccaba.

Zeledon’s Antbird, which is found from Costa Rica to Ecuador, is now in the genus Hafferia instead of Myrmeciza.

And Yellowish Pipit, which occurs from Panama to Argentina, has a new scientific name: Anthus chii instead of Anthus lutescens.

New to the checklist

The following species have been added to the checklist due to confirmed sightings in North America:

Hooded Crane of Asia is added due to sightings over the last decade in Alaska, Nebraska, Indiana, and Tennessee.

Northern Giant-Petrel, a species of the Southern Ocean, has been added to the list due to a record off the coast of Ocean Park, Washington, in 2019.

Small-billed Elaenia of South America is on the list due to sightings in northern Illinois in 2012 and 2021 and in eastern Quebec in 2021.

Naumann’s Thrush of Eurasia is also now on list because of a 2015 sighting at Gambell, on Alaska’s St. Lawrence Island, and previous sight reports on Alaskan islands.

Post updated on August 5 to correct the name of the meadowlarks’ genus in the third paragraph.

Proposals considered for the 2022 update

Read past stories about checklist changes

How the North American bird list is changing in 2020

How the North American bird checklist is changing in 2019

Federal investigators seek information about the vandalization of eggs and nests of American Oystercatcher and Piping Plover.

The film gives a compelling look at Karl Maslowski’s long career from his impoverished childhood to his work as a conservationist. 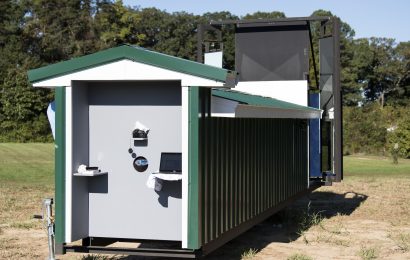