Last year, we shared a report that quantified the threat of balloon litter to wildlife, and now a new report by some of the same researchers gives more details about the problems with plastic trash, especially on remote beaches.

“The results were stunning,” said Laura McKay of the Virginia Coastal Zone Management Program, which funded the research through grants from the National Oceanic and Atmospheric Administration. “On these relatively inaccessible beaches, over 15,000 debris items were found in the four small survey areas that ranged from .2 to .4 acres,” she said.

The study sought to understand the scope of the marine debris problem in coastal Virginia by identifying hotspots of debris accumulation and understanding the products and material types that are most frequently found on beaches.

“Through careful and regular monitoring and analysis of data about the human-made debris on beaches, we were able to reveal temporal and spatial trends,” said Mark Swingle, Chief of Research & Conservation for the Virginia Aquarium. “Policy makers and local communities can use the data in our report to craft effective policies and campaigns that will reduce the amount of litter entering our waterways…and the ocean,” he continued.

Over the four years of monitoring, a total of 15,276 pieces of debris were documented, of which the vast majority (83%) were made of plastic. Uninhabited Fisherman Island accounted for 55.5% of the total debris items – more than the other three sites combined.

“Balloons were the second most common type of litter we found on the beaches overall, surpassed only by bottle caps,” said Christina Trapani, who led 206 of the 207 surveys. “Balloon debris is of special concern because of its potentially severe impact on seabirds, sea turtles, and marine mammals.” A 2018 report by Clean Virginia Waterways of Longwood University found that balloon-related litter was the #1 type of debris on Virginia’s remote barrier islands.

Bottles caps topped the list at Back Bay and Fisherman; balloons at Chincoteague and building materials at Grandview. Cigarettes, food wrappers, bottles, bags and plastic rope were also high on the list.

“This research will certainly improve our understanding of the marine debris issue in the region. It is also a great example of how citizen scientists contribute to solutions to the problems facing our oceans,” said Christy Kehoe, from NOAA’s marine debris program, which provided the protocol that was followed during the surveys. Volunteers contributed more than 2,135 hours during the project.

“Human-made debris in the world’s rivers, coastal waters, and oceans is a fast-growing threat that is increasingly recognized as requiring urgent action,” said Katie Register of Clean Virginia Waterways of Longwood University, co-author of the report. “Marine debris has been shown to impact marine animals from the smallest zooplankton to the largest species – including whales. It also has negative impacts on critical habitat. In addition to ecosystem threats, larger marine debris items can impede navigation and this form of pollution has economic and societal costs.”

Thanks to Longwood University providing this news. 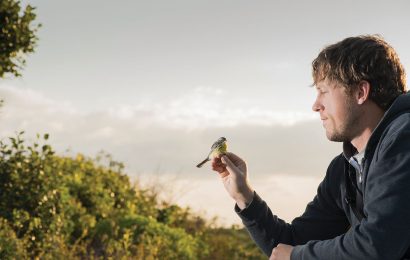 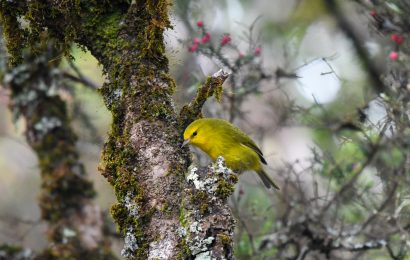