Become a member and get exclusive access to articles, contests and more!
Start Your Free Trial
BirdWatching  •  News & Features  •  Conservation  •  The Ivory-bill after a decade: $20.3 million spent, total cost ‘unknown’

According to the U.S. Fish and Wildlife Service, federal and state governments spent more than $20.3 million on the Ivory-billed Woodpecker in the 10 years between October 2003 and September 2013.

States pitched in $566,324 of the total (2.8 percent), while federal agencies — the Fish and Wildlife Service, USDA Natural Resources Conservation Service, U.S. Geological Service, Army Corps of Engineers, and others — contributed the lion’s share. 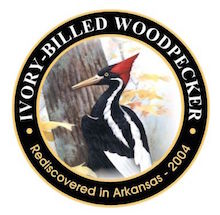 Almost two-thirds of the total, $13.2 million, went to land acquisitions that will benefit many species, and almost all of that was spent in 2005 ($5.6 million) and 2006 ($4.8 million), when hopes of rediscovery were highest.

In a 185-page draft recovery plan released in August 2007, the Fish and Wildlife Service proposed spending $27,785,000 on the Ivory-bill through 2010. But in its final plan (PDF),  published in 2010, the agency said the total cost “is unknown at this time because of our limited knowledge concerning [the woodpecker’s] occurrence, distribution, and long-term actions required.”

Chronology of a frustrating search

Writing in the August 2005 issue of Birder’s World, search team leaders Elliott Swarthout and Ron Rohrbaugh of Cornell reported that the heady first season in Arkansas consumed more than 20,000 party-hours but produced less than a minute of total Ivory-bill observation time.

The search commenced in secrecy in March 2004 and ran between March and May 2004 and from November 20, 2004, to April 30, 2005. It also generated more than 16,000 hours of recordings that the coordinator of Cornell’s acoustic search later characterized as “suggestive” and “tantalizing” but not conclusive proof of the woodpecker’s presence in the Big Woods.

The second massive search took place between November 2005 and April 2006. (The team chose to work in the winter months because the lack of leaves permitted clear views through the forest.) It involved 22 full-time searchers and state-of-the-art acoustic and video monitoring but turned up no definitive evidence for the woodpecker’s persistence in eastern Arkansas.

The third, conducted from December 1, 2006, to April 30, 2007, involved five full-time staff and 57 volunteers but again produced no hard proof.

Six full-time staffers took to the field in Arkansas for the final time from December 4, 2007, through April 26, 2008. Overhead, photographers in low-flying helicopters shot digital pictures of several species of alarmed woodpeckers, but not one of an Ivory-bill.

Seven members of Cornell’s mobile search team investigated promising-looking habitat in southwestern Florida between January and March 2009 but concluded the search was inadequate because of the nearly inaccessible nature of most of the terrain. Teams had assessed habitat in South Carolina, Georgia, Texas, Louisiana, Florida, Mississippi, and Alabama in previous years.

A version of this article accompanied a 10-page special report on the Ivory-billed Woodpecker written by Jerome A. Jackson. The report appeared in the February 2015 issue of BirdWatching. Subscribe.

Read the final reports on the search for the Ivory-billed Woodpecker.

Annual expenditure reports for endangered species are available in the Endangered Species Act Document Library on the website of the Fish and Wildlife Service.

The Ivory-bill after a decade: Just how do we know when a species is extinct?