Become a member and get exclusive access to articles, contests and more!
Start Your Free Trial
BirdWatching  •  News & Features  •  Conservation  •  Symposium at Selva Verde will focus on endangered macaw

An event is taking place in January that you might want to put on your calendar. It’s a five-day symposium entitled Birding and Avian Conservation for Costa Rica and Beyond. The conference runs January 5-9, 2017, at one of our favorite places — the Selva Verde Lodge and Rainforest Reserve, in Sarapiquí, about two hours from San Jose.

Some 360 bird species have been recorded at the lodge, including Keel-billed Toucan, Wood Thrush, Grey-necked Wood-Rail, Sunbittern, and Violet-crowned Woodnymph. 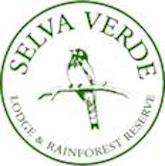 The symposium will include guided field trips, a visit to the world-renowned Organization for Tropical Studies La Selva Biological Station, and workshops and presentations on tropical ecology, conservation, and sustainable development.

Since 1968, the biological station has become one of the world’s most important sites for research on tropical rainforests. More than 240 scientific papers are published yearly from research conducted at the site.

“Deforestation continues to be a major threat to the region’s biodiversity,” says Andrea Holbrook, CEO and president of Holbrook Travel, sponsor of the symposium, “which is why Selva Verde is a part of the local committee of the Sarapiquí Biological Corridor, part of a larger initiative known as the Mesoamerican Biological Corridor.”

One of the most endangered species to benefit from the corridor effort is the Great Green Macaw, which depends almost entirely on the native almendro or almond tree for its survival. The almendro’s hard, luxury wood is highly prized by the logging industry.

“The tree provides roughly 90 percent of their food resources and 80 percent of their nesting needs,” says Guiselle Monge. She and her husband, Olivier Chassot, direct the Great Green Macaw Research and Conservation Project, which saved the macaw from extinction.

The almendro is one of 330 tree species that thrive in the rainforests surrounding Selva Verde. One of the almond trees is a national treasure: a 600-year-old specimen that is 177 feet high and 46 feet in circumference. “This special tree was already mature when the Spanish arrived here in the 1400s, and we expect to have it for another 100 to 200 years,” says Holbrook.

Book review: A new edition of ‘The Birds of Costa Rica’ you can carry in the field.