Oregon has joined Washington and California in protecting Marbled Murrelets as endangered under the state’s Endangered Species Act. The Oregon Fish and Wildlife Commission voted 4-3 to reclassify the murrelet from threatened to endangered. The protections come at a critical time for this species, which depends on marine areas for feeding and old-growth forest for nesting. Both of its habitats face uncertain futures due to the impact of climate change.

The decision comes two years after an Oregon judge ruled that the commission had violated state law by denying the petition without explanation in 2018.

“We’re relieved that after so many missteps, the Oregon Fish and Wildlife Commission will finally move forward with extending Marbled Murrelets the full protection of endangered status under state law,” said Quinn Read, Oregon policy director at the Center for Biological Diversity. “These unique birds face serious threats in Oregon from climate change, ocean warming, wildfire, and unchecked logging of their nesting habitat and should have been protected as endangered years ago.”

The murrelet is a small seabird that nests in old-growth and mature forests and forages at sea. Its population has declined dramatically in recent decades due to extensive logging in Oregon’s coast range.

The bird was listed as threatened under the Oregon Endangered Species Act in 1995. But Oregon has allowed intensive clearcut logging to continue in Marbled Murrelet habitat on lands owned and regulated by the state.

According to the Oregon Department of Fish and Wildlife’s 2021 biological assessment, the bird is considered one of the least resilient species to climate change and is at risk of being wiped out by a single catastrophic event, like wildfire.

“We are relieved the Commission has voted in favor of uplisting the Marbled Murrelet to endangered status,” said Jennifer Davis, American Bird Conservancy’s northwestern regional director. “This elusive species is extremely vulnerable to a host of threats, and without additional protections, it is at real risk of irreversible decline. We thank the Oregon Fish and Wildlife Commission for this vote in favor of the murrelet.”

The seabird is federally listed as threatened, but this state declaration will provide much needed additional protections on Oregon state lands.

Five conservation groups petitioned the commission to uplist the Marbled Murrelet in 2016. The state conducted a status review the following year to assess the murrelet’s condition and found that murrelets were at high risk of extinction, due largely to loss of nesting habitat from ongoing clearcut logging on lands managed by the state of Oregon.

The status review provided copious evidence from multiple peer-reviewed studies that murrelets are at serious risk in Oregon. The best available science predicts the extinction probability at 80% by 2060 along Oregon’s central and north coasts and 80% by 2100 along Oregon’s south coast.

Thanks to American Bird Conservancy and the Center for Biological Diversity for providing this news. 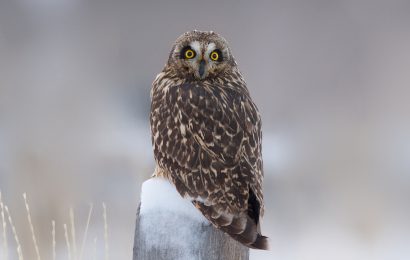 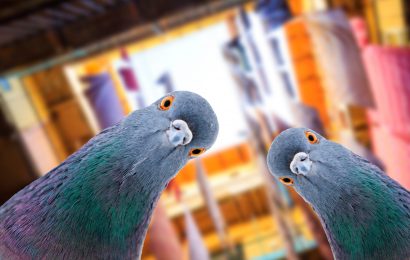 As long as birds exist and we birders have the latitude to engage them, life is a sensory and intellectual feast. 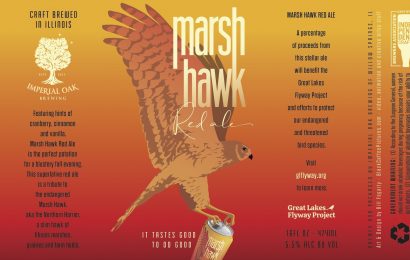 November 20 release will take place alongside premiere of trailer for “The Magic Stump,” a documentary film that features harriers and other Illinois birds of prey.