More than 100 oiled birds, including herons, egrets, and ducks, have been found in Louisiana following the impact of Hurricane Ida. Officials with the Louisiana Department of Wildlife and Fisheries (LDWF) say the birds were oiled from a spill at a refinery in Belle Chasse, a city that is adjacent to New Orleans.

The oiled birds were observed within heavy pockets of crude oil throughout the Phillips 66 Alliance Refinery, as well as in nearby flooded fields and retention ponds along the Mississippi River. More oiled birds were expected to be found, and as of September 9, five birds had been found dead.

Some of the oiled birds have been captured and transported to a designated rehabilitation location, LDWF said. It may take weeks before the effort to save the birds and other animals is completed.

Black-bellied Whistling-Ducks, Blue-winged Teal, and several egret and heron species were among the birds found. Other wildlife observed with some degree of oiling include alligators, river otters, and nutria.

The Associated Press reported that state or federal regulators don’t have an estimate for how much oil might have spilled from the refinery. When fully operational, the Alliance Refinery can process more than 255,000 barrels of crude oil per day into gasoline and other petroleum products. The facility was listed for sale last month, before the storm hit.

LDWF is working in partnership with the Louisiana Oil Spill Coordinator’s Office, the Louisiana Department of Environmental Quality, the U.S. Coast Guard and the U.S. Fish and Wildlife Service. Alliance Refinery is assisting in the recovery as well.

Study: Even small amounts of oil made birds near Deepwater Horizon sick 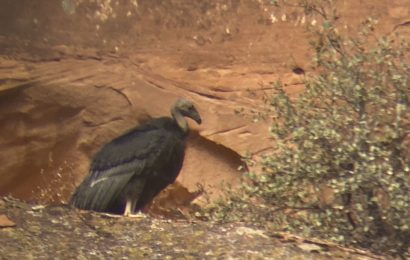