Scientists who estimate how many birds are killed by wind turbines each year must factor in several variables: Dead birds can be difficult to find or are carried away by scavengers; search efforts vary from wind farm to wind farm; and power companies often keep fatality data confidential.

The most recent number, published by analyst K. Shawn Smallwood in the March 2013 issue of the Wildlife Society Bulletin, is the highest to date.

Just as shocking, because thousands of additional megawatts of capacity were planned or under construction in 2012, he writes, “the annual toll on birds and bats will increase.”

Smallwood’s number of bird deaths represents a 30 percent jump over the 440,000 fatalities estimated by a 2009 U.S. Fish and Wildlife Service report (pdf).

Noting that his estimates were likely depressed by the incomplete availability of fatality reports, especially from Texas, Smallwood calls for transparency in reporting wildlife monitoring and for a standard method of detecting and estimating bird and bat deaths, so future totals do not rely on “post hoc mathematical adjustments.”

His research was published just as the U.S. Department of the Interior and its agencies issued or were considering permits for wind-power companies to kill iconic and, in some cases, endangered bird species:

• The Interior Department may allow companies to apply for unprecedented 30-year permits to kill a set number of Bald or Golden Eagles at wind farms. The proposal is said to be under review at the White House.

• The Fish and Wildlife Service may permit a proposed 100-turbine wind farm located in the prairie potholes region of North Dakota to kill endangered Whooping Cranes and threatened Piping Plovers.

• And in late May, the Bureau of Land Management and Fish and Wildlife said they would grant, for the first time, a wind farm the ability to kill an endangered California Condor without danger of prosecution.

A version of this article appeared in the August 2013 issue of BirdWatching magazine. 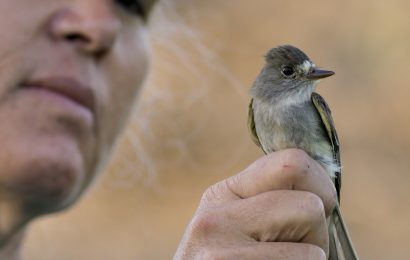 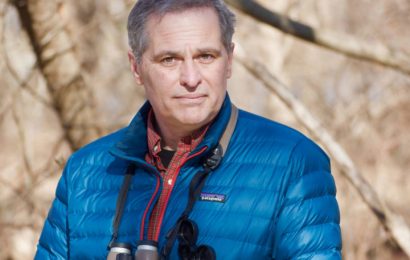 Owens has been a museum director at the Smithsonian and the Natural History Museum of London.

Gonzalo Cardona Molina of Fundación ProAves dedicated his life to the recovery of the Yellow-eared Parrot.