Four eastern states are stepping up in the fight to reduce balloon litter, which harms birds, turtles, and other wildlife.

Maryland, Virginia, and Maine have enacted laws banning the intentional release of balloons outdoors, and Delaware’s legislature has passed a similar law that awaits the governor’s signature.

In Virginia, a revision to the state’s balloon-release law took effect on July 1. It prohibits “the intentional releasing, discarding, or causing to be released any balloon outdoors.” Violators are liable for a civil penalty of $25 per balloon. The bill provides that if a person under the age of 16 releases a balloon at the instruction of an adult, the adult shall be liable for the civil penalty. The previous version of the law allowed the release of up to 49 balloons in a one-hour period.

Maryland’s new law took effect in late May, and it prohibits any person 13 or older or any group from intentionally releasing a balloon into the atmosphere, bans any mass balloon release of 10 or more balloons, and requires violations to be reported.

Maine’s legislature passed a similar bill this year that became law in late June. Anyone who intentionally releases 16 to 24 balloons would get a first-time offense fine of $100 to $500. And someone who release more 24 balloons would be fined at least $500.

In addition, California, Connecticut, Florida, and Tennessee already have laws banning balloon releases. Several cities and other local jurisdictions also have their own balloon-release bans.

Threat of entanglement and ingestion

Balloons present a threat of entanglement and ingestion to birds, marine life, and mammals, according to Mark Swingle, chief of research & conservation at the Virginia Aquarium & Marine Science Center. Swingle has seen too many stranded sea turtles and other marine animals with balloon pieces and ribbons in their stomachs.

Balloon litter often ends up between the high-tide line and dune vegetation on remote beaches, which impacts nesting migratory shorebirds and sea turtles, explains Kathy O’Hara, a marine researcher who has studied how balloons and ribbons accumulate on coastal beaches. “Balloon-related litter is often the No. 1 most common type of debris found during our surveys,” she added.

The new laws will not only help to mitigate the damaging impacts of balloon litter on wildlife but also mitigate the economic and property impacts caused when balloons become entangled in power lines. Research conducted by CVW and the Virginia Coastal Zone Management (CZM) Program, a network of state agencies and coastal localities, found a significant correlation between balloon litter and power outages. Up to 20% of power outages are caused by released balloons.

CVW, Virginia CZM, and its partners also conducted extensive research to better understand why people purchase and release balloons. “Interviews and surveys revealed that many people don’t understand that there is no such thing as an environmentally-friendly released balloon. There is also a powerful ceremonial and emotional aspect to releasing balloons,” describes Virginia Witmer, Virginia CZM outreach coordinator and co-author of the report, Balloon Release Research in Virginia & Reducing Balloon Debris through Community-Based Social Marketing. The partners used this research to inform campaigns and a website (PreventBalloonLitter.org) that encourage litter-free alternatives to balloon releases at celebrations and memorial events.

“It is also important to note that sky lanterns are not a good alternative and are also illegal in Virginia,” said Christina Trapani, a marine debris researcher and PreventBalloonLitter.org partner, who supported updating the Virginia balloon release law. “If people celebrate with balloons, they need to know that the law now prohibits releasing those balloons,” Trapani continued.

“Thanks to CZM funding from NOAA to study this issue and create a campaign to change behavior around using balloons, organizations across Virginia, the Mid-Atlantic and around the world are signing on as partners on our website to spread the word about ways to celebrate, or memorialize loved ones, without harming wildlife,” states Laura McKay, Virginia CZM program manager. “We can plant a native tree or garden or blow bubbles and simply keep our balloons securely tied and inside so we keep wildlife safer and the ocean cleaner.”

Thanks to Clean Virginia Waterways for providing this news. 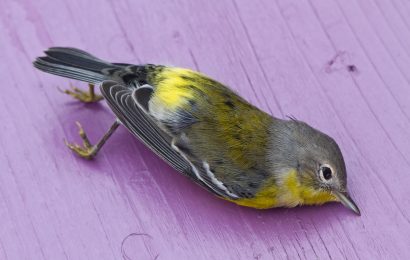 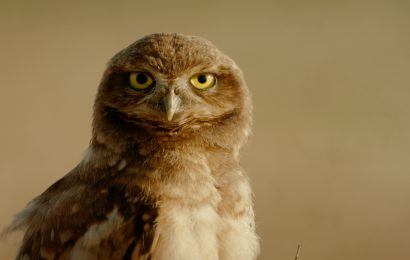 The clip is from the PBS film, Colombia – Wild and Free, which premieres on Wednesday, May 18. 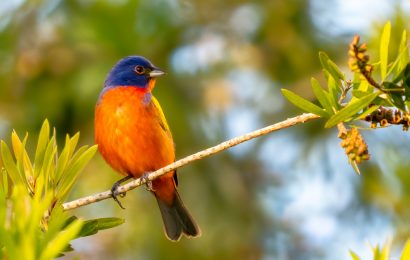