On a low-lying island in the Caribbean, the future of the critically endangered Bahama Oriole just got a shade brighter. A new study led by researchers at the University of Maryland-Baltimore County (UMBC) estimates the population of these striking black and yellow birds at somewhere between 1,300 and 2,800 individuals in the region they surveyed, suggesting the overall population is likely several thousand. Older studies estimated the entire population at fewer than 300, so the new results indicate there are at least 10 times as many Bahama Orioles as previously understood. The research appeared this week in Avian Conservation and Ecology.

The research team is sharing its findings with Birdlife International, the organization that makes recommendations to the International Union for the Conservation of Nature (IUCN) about birds on its Red List of threatened species. The new findings may influence IUCN to down-list the Bahama Oriole, which only lives on Andros Island in the Bahamas, from critically endangered to endangered.

In 2017, Hurricane Irma devastated the Bahamas, raising fears for the oriole and many other of the islands’ birds.

The new result “is a step forward for conservation,” says Michael Rowley, a 2018 UMBC alumnus and one of two co-lead authors on the study. “This makes the world a bit more informed about what we should be putting our efforts toward. There are other birds that could use attention as well.”

A fresh look at the Bahama Oriole

In addition to freeing up resources to protect other threatened birds in the Caribbean, details of the study revealed new avenues for protecting the still-endangered Bahama Oriole. Earlier work had largely discounted the pine forest, which covers approximately 20 percent of the island, as important habitat for the Bahama Oriole. Instead, researchers focused on human-dominated habitats such as villages and agricultural lands.

The latest study builds on both of those projects. The research team conducted bird counts at 467 sites across 713 square kilometers in the northern 25 percent of the island. They chose sites along abandoned and previously unmapped logging roads, to strike a balance between ease of access and lack of human influence on the birds’ presence. The team found the strongest predictor of oriole abundance was the presence of pine forest. Nesting habitat studies, including Yancy’s, suggest that during the breeding season the birds may be most common in pine forest with plenty of thatch palms in the understory.

“The orioles seem to be able to nest in quite a few different habitats, which is really good for the orioles and important to know,” says Kevin Omland, professor of biological sciences at UMBC and senior author on all three studies. “It gives us really useful information on what the nesting habitat is like, so we can tell the IUCN.”

The new findings also supply important information for local conservation efforts led by the Bahamas National Trust (BNT), which has been a key partner to Omland’s research group throughout its long-standing work in the Caribbean.

“If the BNT is able to create or expand national parks, they might try to include more of the pine forest with these tall thatch palm trees in the understory,” Omland says.

The other co-lead author, Richard Stanley at the University of Florida, conducted most of the in-person bird counts for the new study, using maps developed by the Omland team. Then Rowley took the lead on a complicated statistical analysis with support from Colin Studds, professor of geography and environmental systems at UMBC, and scientists at the Smithsonian Migratory Bird Center.

The highly impactful findings are particularly exciting for a researcher like Rowley, who completed the research as an undergraduate and is still quite early in his scientific career. Before joining Omland’s group, “I’d never been outside of the contiguous U.S.,” Rowley says. “It was an incredible privilege, and it really opened me up to my current interest in conservation work.”

As for the findings themselves, “It’s amazing. How many people get to work on a project when they’re an undergrad that has such a real-world impact, while also being able to do field work, and work with animals, and get involved in the community?” Rowley says. “It’s really great to know that the work we’ve done is having such an exciting impact.”

Thanks to the University of Maryland-Baltimore County for providing this news.

‘In no uncertain terms, this wind energy project is dangerous and irresponsible.’

Since July 7, the California-based wildlife rehabilitation nonprofit International Bird Rescue and its partners have been rescuing and caring for about 500 juvenile Elegant Terns. … END_OF_DOCUMENT_TOKEN_TO_BE_REPLACED 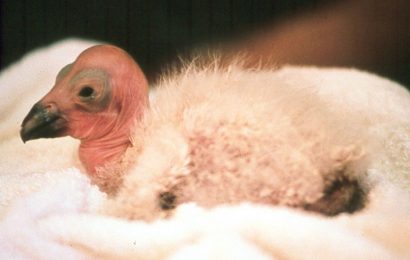 The growing chicks are in wild nests at Zion National Park and on federal land east of the park.