The highly pathogenic avian flu strain that is currently spreading in North America has been detected in 34 species of wild birds in 32 states in the U.S. Seven provinces in Canada have also reported the flu in wild birds.

That’s according to the USDA’s Animal and Plant Health Inspection Service, which is keeping track of the spread of the disease among commercial poultry, backyard (non-commercial) poultry flocks, and wild birds. The current outbreak began in South Carolina and Newfoundland and Labrador in December 2021. Since then, it has been detected in wild birds from Newfoundland to Florida and west to Colorado and North Dakota, as well as British Columbia.

In December, the flu also claimed more than 5,000 Common Cranes in Israel, and in March, it caused the deaths of 598 Dalmatian Pelicans at two sites in Greece, the vast majority of which died at the world’s largest colony for the species.

Most of the North American species that have tested positive have been waterfowl, but the group of positive cases also includes vultures, raptors, a shorebird, and both of our pelican species.

Low-pathogenic avian flu is common among wild birds, but this highly pathogenic strain is worrisome. “This one is actually causing severe illness and death of wild birds in large numbers, which we haven’t seen previously,” said Brian Stevens, a wildlife pathologist for the Canadian Wildlife Health Cooperative, in an interview with the CBC.

Here’s the list of positive U.S. cases through April 5, with notes for some species that have had only a few reports.

The only species on the list that would be considered a backyard bird is the lone Cooper’s Hawk reported in Wisconsin. But, last month a Blue Jay in Nova Scotia tested positive, and people in that province and Prince Edward Island were advised to take down their bird feeders to slow the spread.

In New York in mid-March, the Cornell Cooperative Extension recommended taking feeders down “for a little while.” A CCE press release says:

“While this disease is mostly carried by wild waterfowl, research has shown that other wild bird populations can carry it too, especially if they share nesting and feeding grounds with wild waterfowl. These populations include perching birds and songbirds. For this reason, we are recommending that folks that feed wild birds who also have poultry at home or who work with poultry should take down their bird feeders until the threat of the disease has passed.”

In the U.S., we have not seen widespread calls either from federal or state agencies to take down feeders, like we did last year, when a mystery illness claimed many feeder birds. For example, Minnesota birder Jim Williams, who writes a birding column for the Minneapolis Star Tribune, notes that officials in his state say feeders can remain up.

Several wildlife rehabilitator organizations around the U.S. and Canada have stopped taking in birds due to the flu outbreak, or they are now asking people to call ahead before bringing feathered patients to them. A wildlife refuge in Illinois, the Emiquon Preserve (Hotspot Near You No. 304) closed after the flu was detected in dead geese. In addition, many zoos have brought their captive birds indoors wherever possible, in hopes that their flocks are not infected.

Current detections of HPAI in the U.S. in wild birds, commercial flocks, and backyard flocks, are posted here. For information from Canada, you can find reports here and here. More information about HPAI can be found on this USGS page.

Update: This story was updated at 9:15 pm central time, April 5, to include a clarification from the Cornell Cooperative Extension that the recommendation to take feeders down applies only to people who have poultry in their backyards or at work. 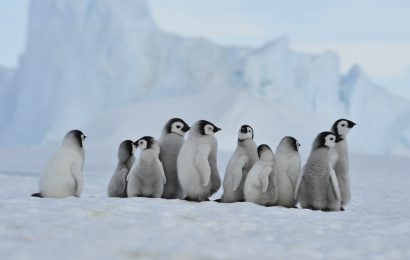 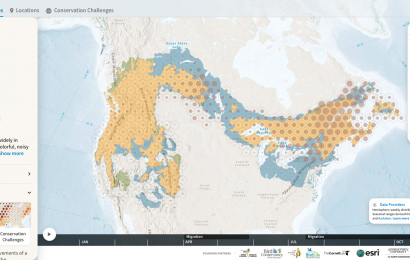 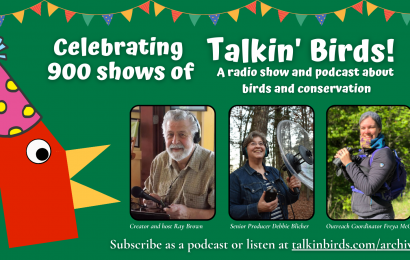