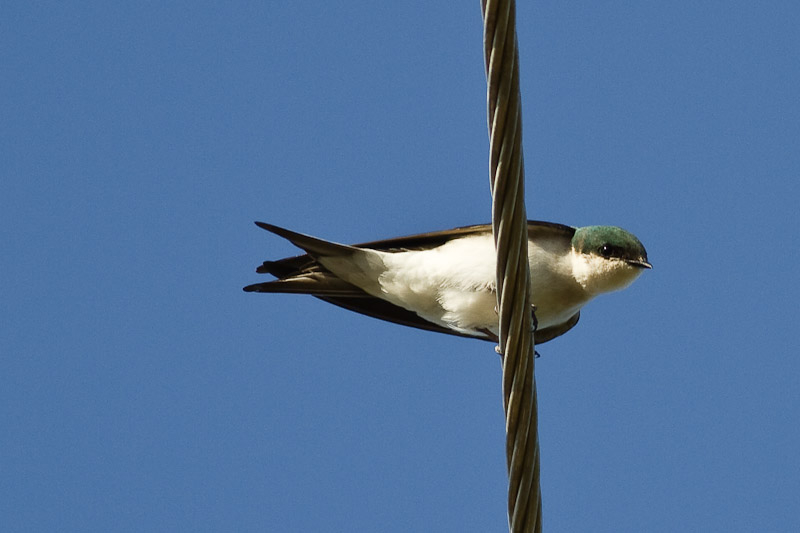 This species, endemic to the Bahamas, looks similar to the Tree Swallow but has a deeply forked tail. The IUCN Red List considers it Endangered due to logging and development. “Bahama Swallows are cavity nesters,” according to Neotropical Birds. “Natural nesting sites are cavities in trees, but they also will use cavities associated with human habitations, including horizontal pipes, the housing around street lights, and nest boxes.”

Gardner says, “We are particularly concerned by the highly uncertain population status of the species before the storm and that breeding will be severely depressed in the coming year by a shortage of breeding sites, as the bird is a cavity nester in old and dead trees, which will have blown down. Nesting sites were already thought to be a limiting factor on the population of swallows, particularly on Grand Bahama, where the local extinction of the West Indian Woodpeckers had exacerbated this problem. Considering the inevitable mortality in the population as a result of the storm, our uncertainty on the size of the population to begin with, and the depressed breeding success in the coming years from competition with other species for the limited remaining nest sites, this is a source of great concern for the bird going into the future.”