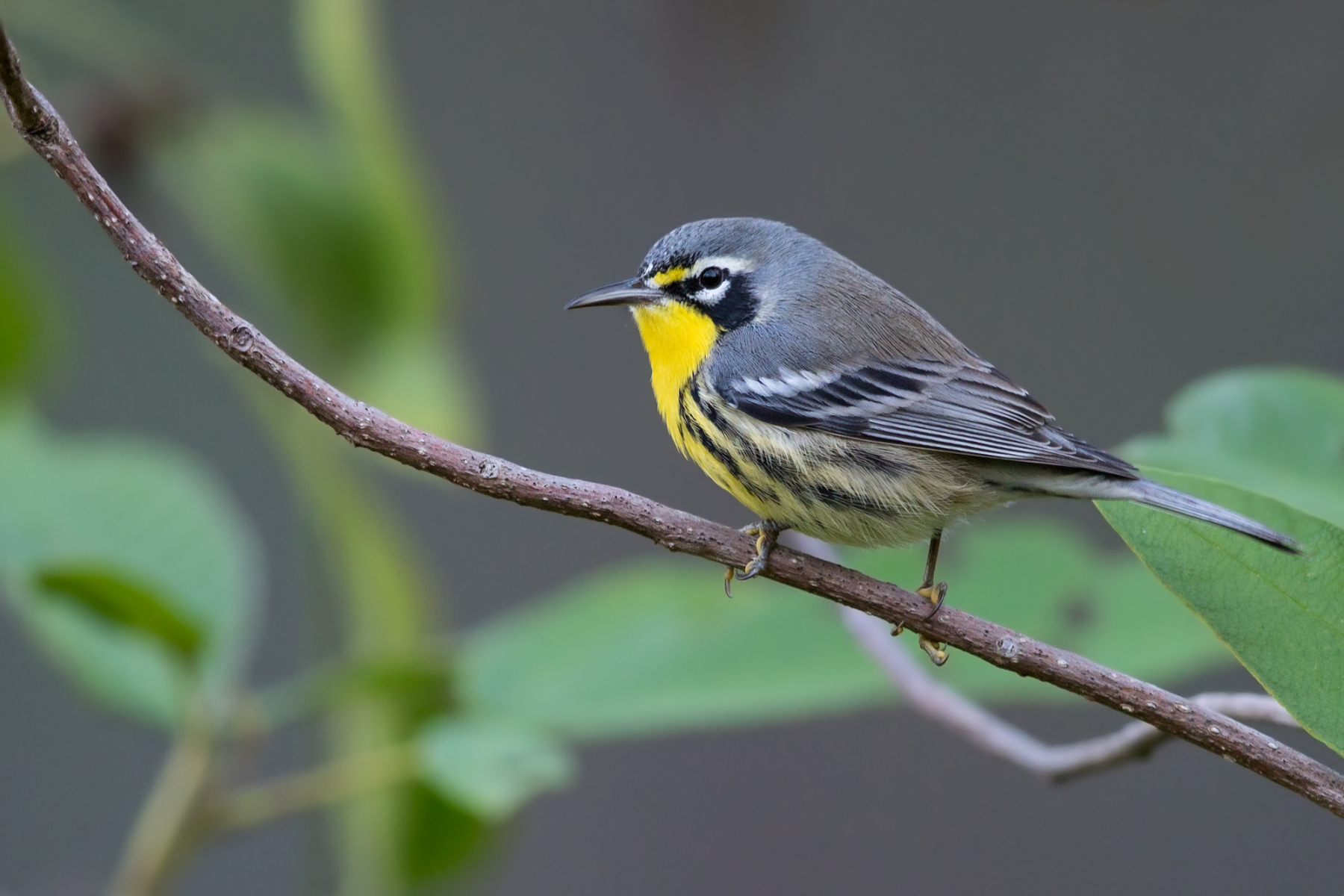 Until a few years ago, this bird was considered a subspecies of Yellow-throated Warbler of the southeastern U.S. But its longer bill and more extensive yellow underparts set it apart. The bird is endemic to Grand Bahama and Abaco Islands.

Gardner says he and other scientists “are particularly concerned about the Bahama Warbler, considering the range-restricted nature of the species, living only in Grand Bahama and Abaco’s pine forests. The total population of the species had never been fully surveyed prior to the storm. My colleague David Pereira’s study of the Grand Bahama population last year was the first. Although this study indicated that the population on Grand Bahama before the hurricane was reasonably healthy, it was still very much under threat, and with the inevitable damage to its habitat this will undoubtedly put a severe dent in the population. This may leave the bird in a much more precarious situation and more at risk from its other threats, and when considering the rapid downward spiral exhibited by the Bahama Nuthatch in the last 20 years is a cause for great concern. These species and the habitat are well suited to hurricanes and have survived with them for millennia, but the actions of climate change and the apparent increase in major hurricane strikes on the islands in recent years combined with human pressures and invasive species have already caused the local extinction of the West Indian Woodpecker from Grand Bahama in the 1990s and almost certainly now the total extinction of the Bahama Nuthatch, meaning Hurricane Dorian could very easily tip other vulnerable species like the Bahama Warbler toward the same fate.”