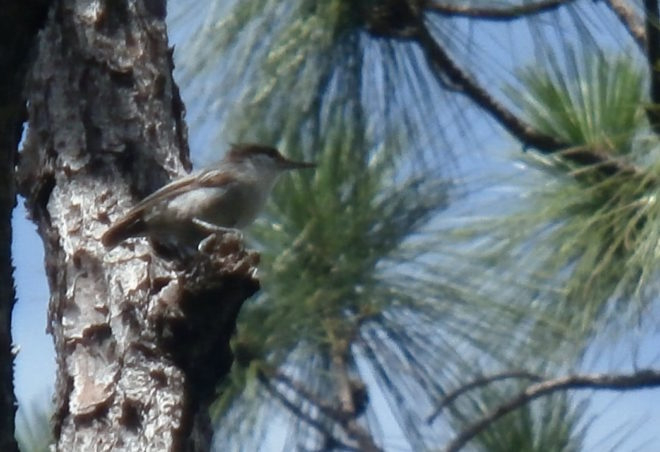 This bird’s range had been reduced to a small area of Grand Bahama Island, and, after Hurricane Matthew struck in October 2016, the nuthatch had been feared extinct. However, in May 2018, two teams of searchers rediscovered the species in three distinct locations in a small area known as Lucaya Estates. Gardner was on a team that made six nuthatch sightings — all of only one bird each. The other team independently made five sightings — including a sighting of two birds together.

Due to the storm’s severity and the bird’s tiny population, “it seems highly likely that this species has now been lost,” Bell says.