Become a member and get exclusive access to articles, contests and more!
Start Your Free Trial
BirdWatching  •  News & Features  •  Birdwatching  •  New board game Wingspan is a game changer

Birders who have played Wingspan give it high praise. A self-described “hardcore birder,” Terry Sohl, author of the South Dakota Birds, Birding, and Nature blog, applauds the way the game nonchalantly introduces non-birders to a variety of new birds. “I’m positive my wife had no idea what a Chestnut-collared Longspur was when she drew that card,” he recalls. Stiteler appreciates how the game teaches people about habitat in an unobtrusive way, since bird cards can be played in forests, wetlands, or grasslands, and some enjoy more than one habitat. “It’s teaching you that if you wanted to go look for a Yellow-headed Blackbird, what kind of habitat you’d need to think about it being in,” she says.

Choosing the 170 North American birds for the game was no mean feat. Relying on an involved process, Hargrave pulled eBird data for different regions in the U.S. because she wanted “some of the birds to be your super- familiar birds.” She also wanted the game to pay tribute to rare and endangered species and “highlighted those by giving them all the superpowers,” endowing them with the ability to let you draw more bonus cards. To ensure enough diversity in the game, Hargrave built a gargantuan spreadsheet that ran 596 rows by nearly 100 columns to balance out species, habitats, food distribution, nest type, and eggs.

Putting what “makes sense as a game” front and center has paid off. The game is fun to play because it requires strategic thinking. “With 170 different bird cards, each with their own scoring and play capabilities, you have a game that has a very high replay value,” says Sohl. “No two games should be alike.”

As of late April, Stiteler had already played the game seven times since receiving it in January and was eager to play it again. “I love that it’s different every time I play it, and there’s enough variety in the way you can get points,” she says. “It’s also healthier for my marriage,” Stiteler jokes, since it doesn’t involve violently blowing up her opponent, like other games can.

What makes Wingspan particularly rewarding for birders is the way it connects bird behavior to gameplay. “I tried to come up with things for the birds to do that are interesting and related to what they do in real life,” Hargrave says. In the game, the Brown-headed Cowbird lays eggs in another bird’s nest, which mimics its behavior in the wild. Hargrave also had fun using the behavior of predator birds, the “charismatic mega-fauna of the bird world,” to inform how their cards are played. The Barred Owl, for instance, enables you to draw a card depicting another bird, and if the wingspan of the bird is below a certain length, you get to “eat” the bird by tucking the card under the predator bird’s — much as the owl would do in the field.

And yet, sometimes knowing too much about birds is actually a liability. “I played with one birder who was trying really hard to get birds they really liked, and that messed up the point system for them,” Stiteler says. “Don’t think like a birder,” she cautions, “because this really is a strategy game.”

But birders will appreciate the scientific integrity of the game. Sohl says he found himself “looking at the bird species cards and kind of mentally validating them, thinking to myself … yeah … they seem to have characterized this bird correctly.”

Much of the pleasure of birding is all about maintaining a state of wonder as well as accumulating knowledge. The gorgeous artwork on the cards is certainly part of the appeal: Rojas and Jaramillo completed the 170 bird illustrations in an impressive six months. This would have been an admirable feat in and of itself, but prior to creating the Wingspan illustrations, Rojas had no experience drawing (or looking at) birds.

The project turned into a life-changing education in natural history and helped jumpstart her career as an artist and illustrator. But the learning curve was a steep one. Working on such a tight schedule, with no time to explore the species in the field, Rojas based her drawings on photographs, many of them from renowned bird photographer Alan Murphy, who granted permission to use his images as references.

Later, Rojas relied on Hargrave’s help in selecting the images that best represented the bird in question. (She also sent Rojas the Sibley Guide.) The stunning Scissor-tailed Flycatcher in flight that graces the cover of Wingspan is based on one of Murphy’s photographs and captures the spirit of the game as the bird soars toward new ground.

For Rojas, a bird drawing begins with the beak, and then she moves on to the eyes. “The eyes need to have a certain spark that tells me if I’m going in the right direction,” she says. She decided to use colored pencils for their versatility and the precision of their lines. Some illustrations, like the Barn Owl, took more than 20 hours to complete. “It has a white face and has this weird texture on its wings and a lot of markings. It took me a long time to get the shading and shadows right,” Rojas says.

The end results are nothing short of striking. Both Sohl and Stiteler highlight the aesthetic appeal of the game, and Stiteler is particularly impressed with the illustration of her spark bird, the Pileated Woodpecker. “I love that it’s the female that’s depicted. You never see that; it’s always the breeding male.”

“I love that it’s different every time I play it, and there’s enough variety in the way you can get points.”

After working on Wingspan, Rojas proudly admits that “everything in our household is about birds now.” Her daughters now dress up as birds for Halloween (California Quail and Blue Jay, respectively), bird feeders adorn her backyard, and her family has acquired a new outdoor hobby.

One day after watching birds for 30 minutes, her 7-year-old daughter announced, “This is better than TV!” which Rojas credits as a major “parenting win.” Although Wingspan hasn’t turned Rojas into a gamer, it certainly transformed her into a birdwatcher, which is particularly ironic, given that she grew up in bird-rich Colombia and lived in equally birdy Costa Rica for eight years before moving to St. Louis, Missouri. “When I lived in Colombia, not one bird caught my attention, but now I’m going back to see the things I never saw in the 20 years I lived there. The hobby came to me backwards.”

An introduction to birds

More than anything, Stiteler sees the game as a “gateway to get your non-birder friends to understand the types of things that you see.” Stiteler keeps her phone with the Sibley app nearby and introduces her non-birder friends to birdsongs. “I play the puffin or the Yellow-headed Blackbird song,” she says, and they go wild. “And it’s also fun to watch them try to pronounce bird names, like the AvoQUET (avocet).”

And in a sense, this speaks exactly to Hargrave’s hope that the game will make people more aware of the world around them. 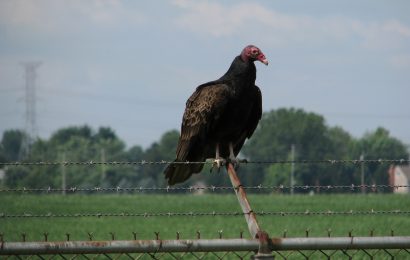 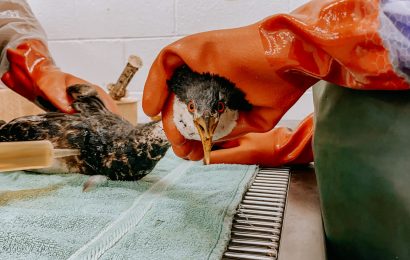 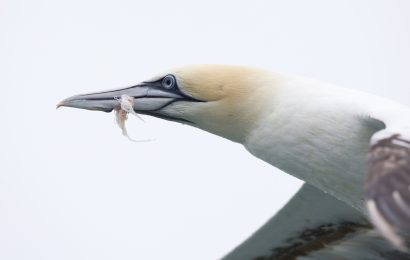 Seabirds from Gough Island in the south Atlantic, Marion Island near Antarctica, and the coasts of both Hawai’i and Western Australia have a dangerous habit: … END_OF_DOCUMENT_TOKEN_TO_BE_REPLACED