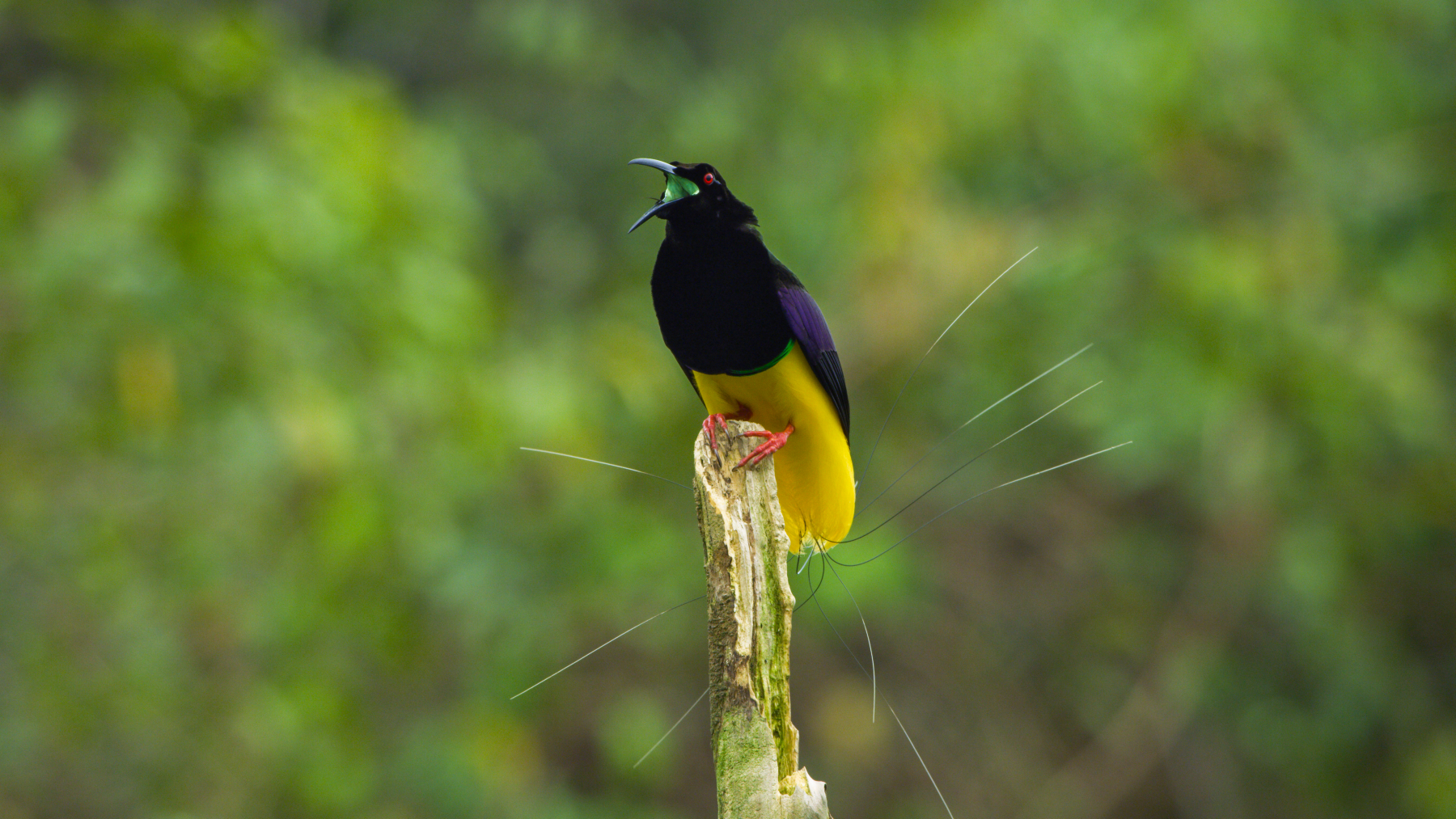 This is bird of lowland forests of New Guinea and Salawati Island, Indonesia. The male has rich yellow underparts and flanks, from which emerge 12 wire-like filaments, which bend back near their bases to sweep forward over the bird's hindquarters. The film shows how the male brushes the filaments across a female's face during courtship.