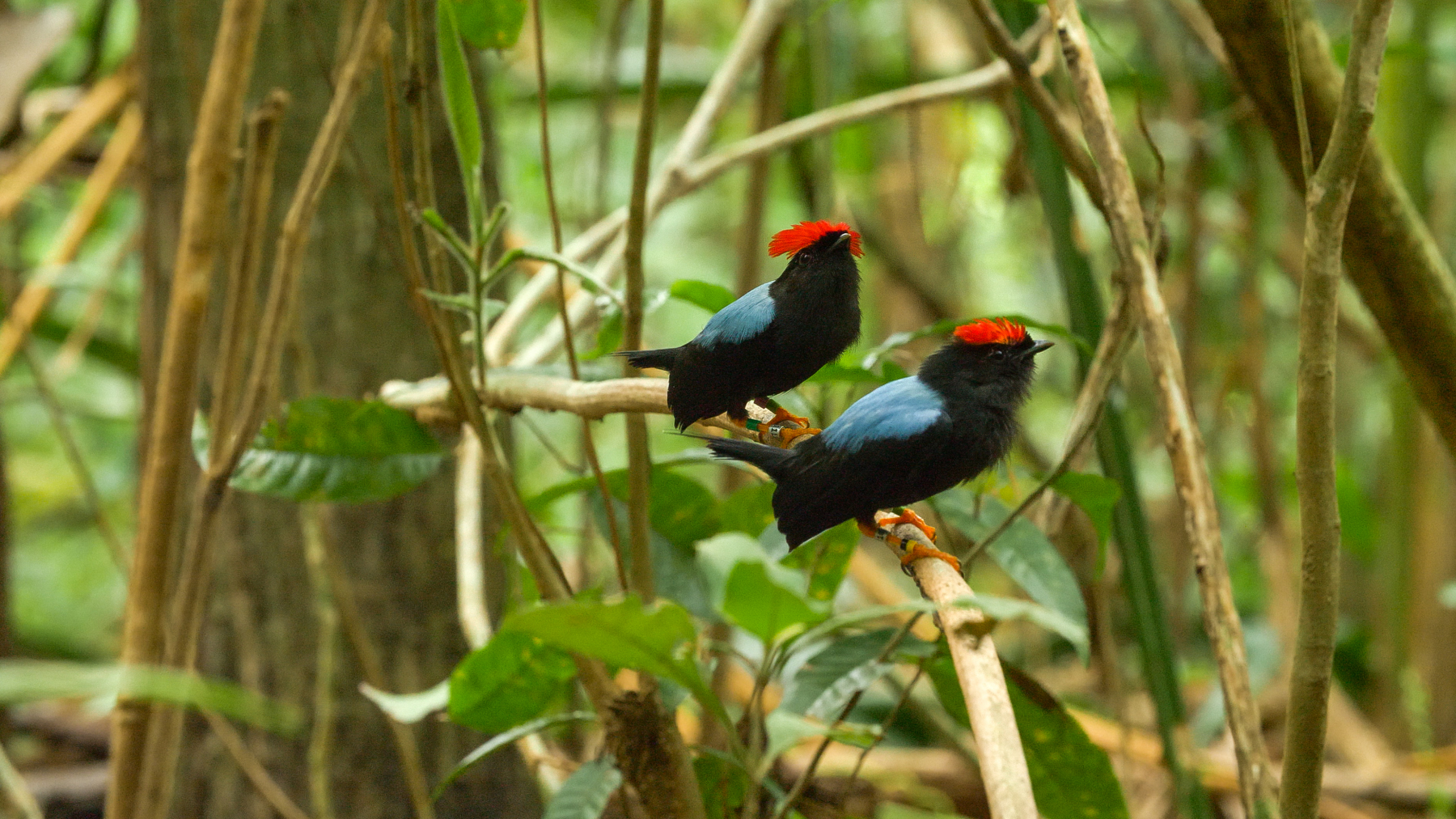 The film takes us to Panama, where we meet two male Lance-tailed Manakins, shown here. One is the alpha bird while the other is his "wingman," helping to attract mates. The birds are banded as part of a research project, and this particular pair of males is the most successful over the last five years.