Flame Bowerbirds at a bower 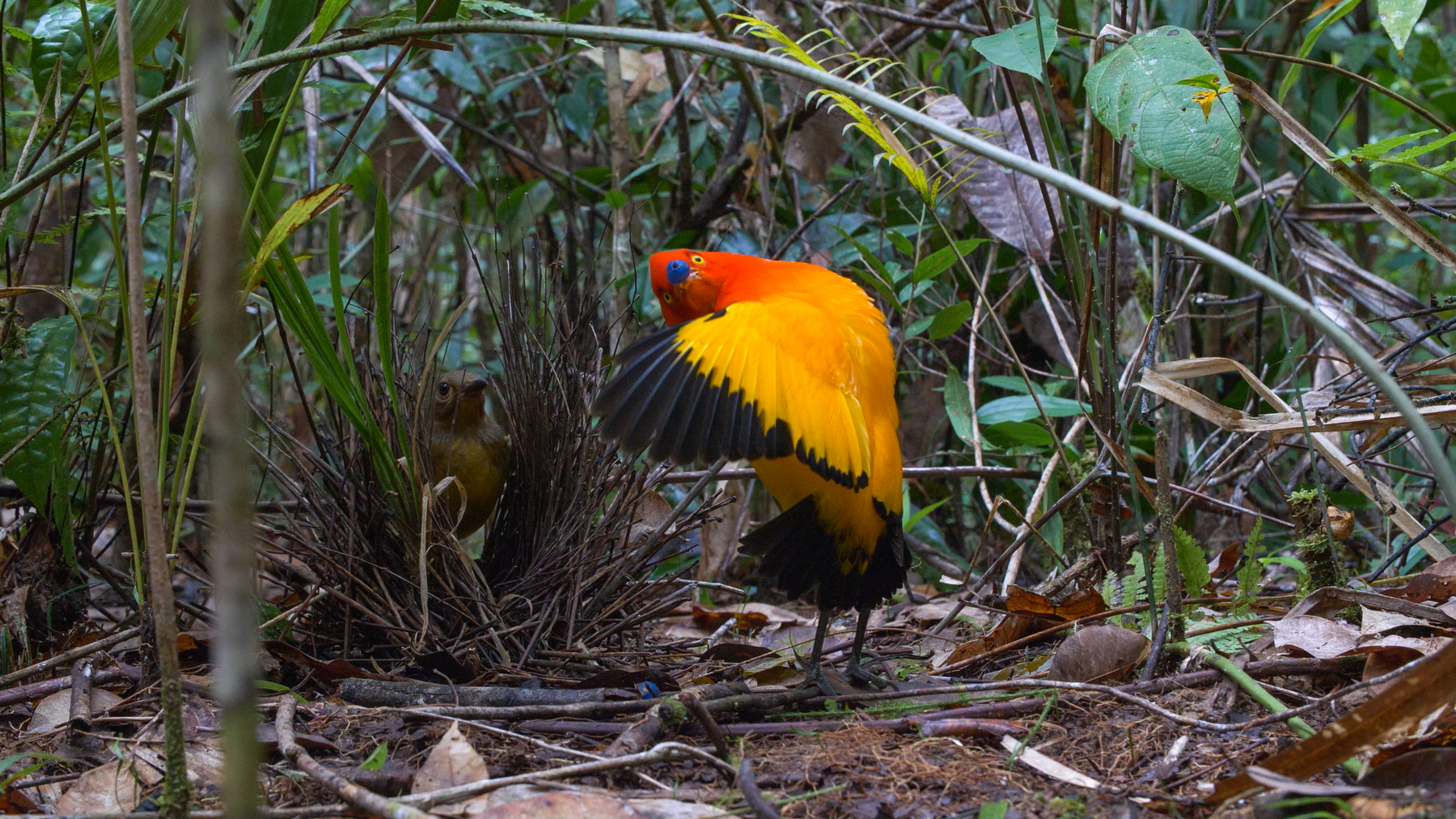 Later in the film, we see a female enter a bower and the male displays: He turns his head, holding a blue berry in his bill, and extends a wing and his tail while standing as tall as he can. She was ultimately impressed.