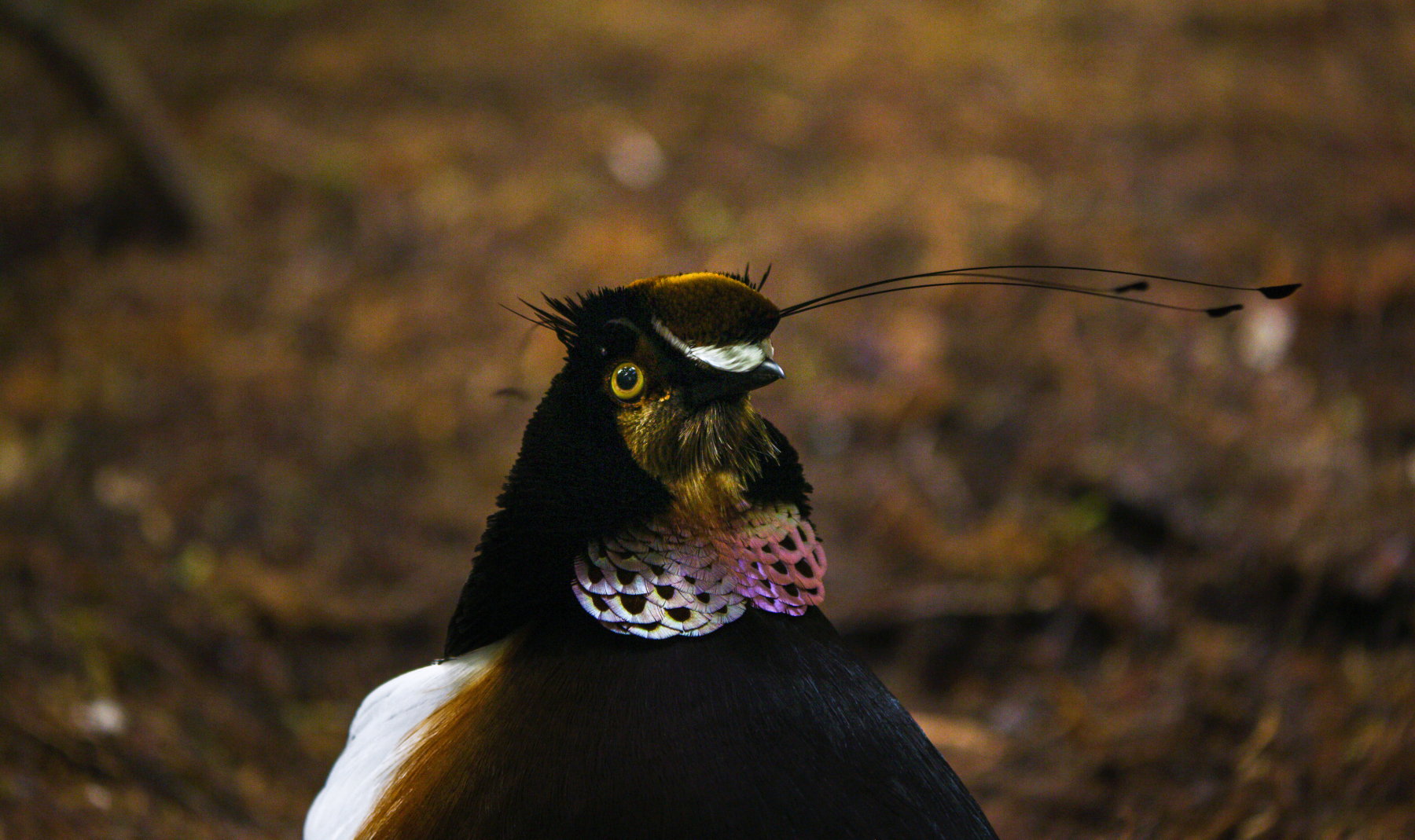 This is another bird-of-paradise found in mid-mountain forests of central New Guinea. Its mating display features nine moves that the film says is "the most complex dance of any bird." We see a male clear his dancing area, juvenile males show up (that he chases away), and a female arrive. We then watch the nine-step mating dance, even though other adult males nearly disrupted it.