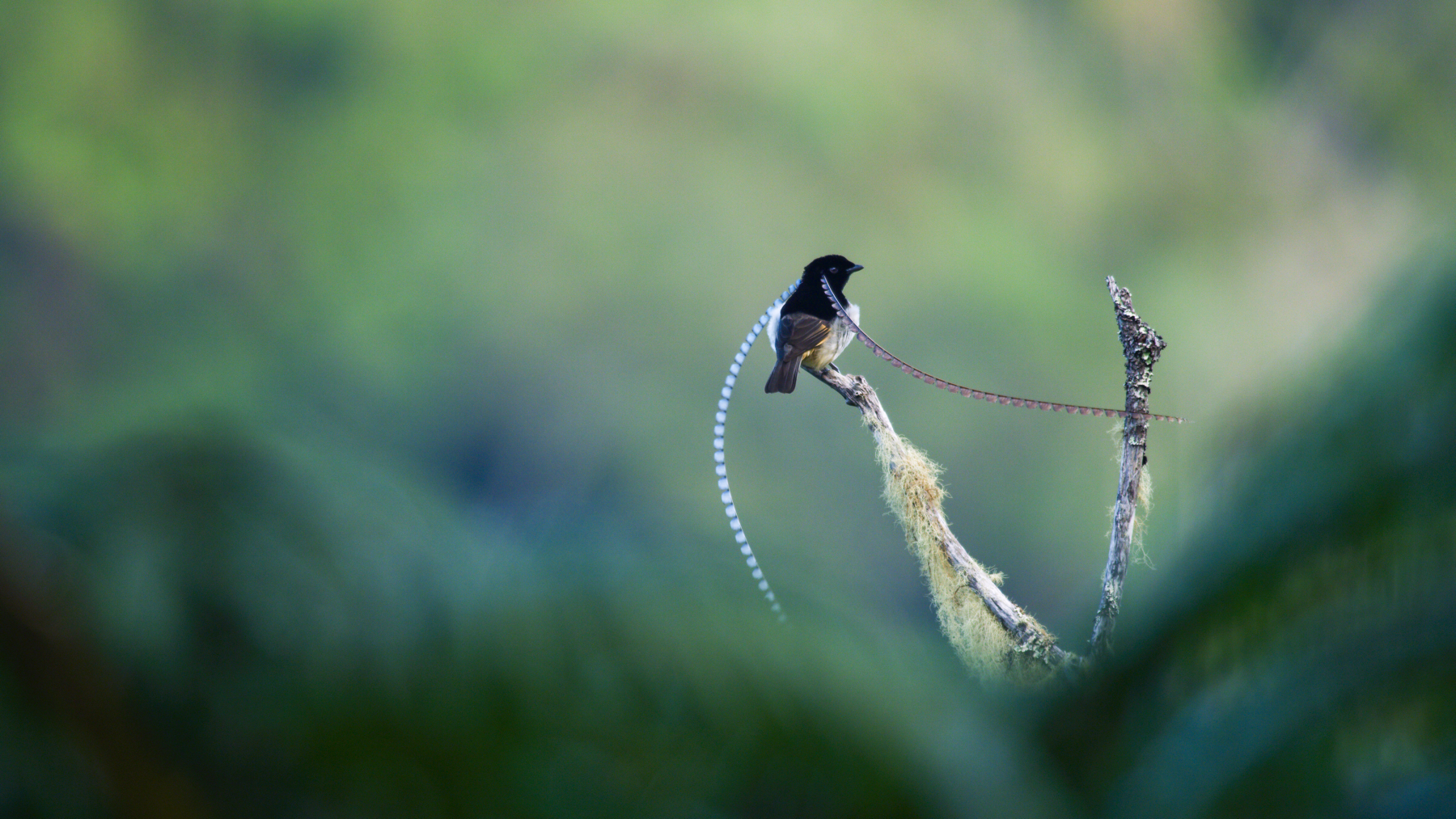 The film says this bird has the longest head feathers of any bird species. It can move the plumes independently. The species is endemic to montane forest in New Guinea.