The yellow, white, and gray Palila, a critically endangered honeycreeper, has been beloved by Hawaiians since ancient times. When Queen Dowager Emma of Hawaii visited Mauna Kea in the early 1880s, the event was commemorated with mele, or songs and chants. One described the bird’s melodic song — traditionally thought to be a sign of rain.

The species was once found on Oahu, Kauai, and the Big Island, but now it’s one of the world’s most isolated birds. Habitat loss and invasive species, including introduced sheep that destroy the mamane trees on which the honeycreeper depends, are to blame. Only 2,000 or so Palila remain in a 15,900-acre area of forest on the slopes of Mauna Kea volcano.

Fortunately, thanks to the recently opened Palila Forest Discovery Trail, birders can still see them up close. The mile-long loop leads through Mauna Kea’s unique mamane-tree ecosystem, home of such endemic species as Hawaii ‘Amakihi and Hawaii ‘Elepaio. The remote high-elevation dry forest was largely inaccessible until now. Palila and mamane are two of the incredible number of species found only in Hawaii. The tree is essential to the bird, whose hooked bill is just right for opening the tough, fibrous seedpods of mamane.

The trail was designed to raise awareness about the bird and its unique forest home and to build support for habitat restoration and non-native species control. Four kiosks provide historical, cultural, and ecological information about what makes the forest special. Small identification signs with QR codes are distributed at key locations. Hikers can use their smartphones to learn about plants and animals, threats to them, and actions being taken to protect them.

The Mauna Kea Forest Restoration Project of the Department of Land and Natural Resource’s Division of Forestry and Wildlife and American Bird Conservancy teamed up to build the trail. They were supported by the Laura Jane Musser Fund Environmental Initiative Program and other community sponsors and volunteers.

A version of this article appeared in the December 2016 issue of BirdWatching, which will go on sale at Barnes & Noble and other newsstands in early November.

This story was provided by American Bird Conservancy, a 501(c)(3), not-for-profit organization whose mission is to conserve native birds and their habitats throughout the Americas. 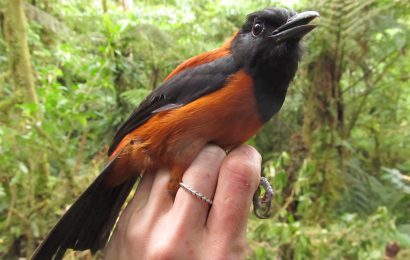 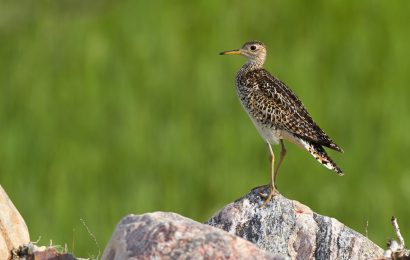 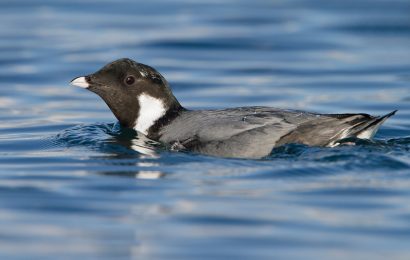