Become a member and get exclusive access to articles, contests and more!
Start Your Free Trial
BirdWatching  •  News & Features  •  Birdwatching  •  Should Painted Vulture be recognized as a valid species? 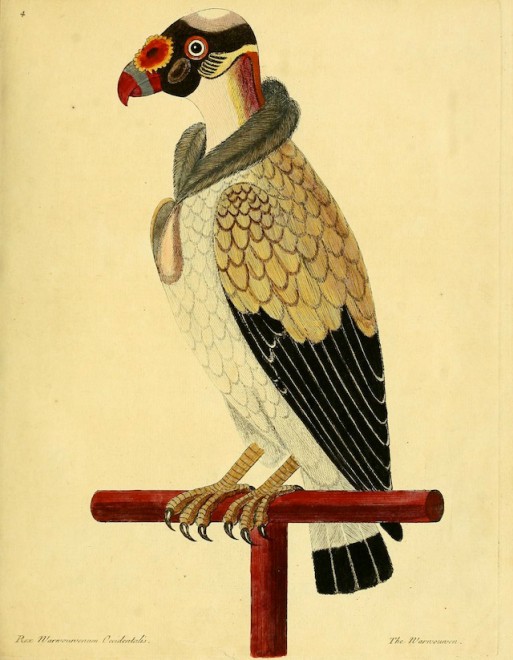 In 1791, William Bartram, one of the foremost naturalists of early America, described two vulture species that were new to science.

One was Black Vulture, which today is widespread from New England to Chile. The second was much more colorful. It had a red crown, yellow bill, gold iris, and yellow, red, and purple neck. A ruff of soft feathers encircled the neck. Most of its plumage was white or cream, and the tail was white with black tips. Bartram called it Painted Vulture.

He observed the bird along the St. John’s River of northeastern Florida, and he wrote that it would gather at burnt meadows and savannahs to feed on roasted reptiles.

Apparently unknown to Bartram, naturalist Eleazor Albin had made a painting of the vulture decades earlier, in 1734, but subsequent chroniclers did not report the bird, and no specimen exists.

Nonetheless, 19th-century ornithologists Charles Lucien Bonaparte, Thomas Nuttall, and John Cassin endorsed Bartram’s description. They considered Painted Vulture to be either a distinct species or a subspecies of Central and South America’s King Vulture. (And the two do look similar, although King Vulture has a dark tail.)

Support for Bartram’s bird faded in the late 1800s, however. An early critic, Joel A. Allen, who would later become the first president of the American Ornithologists’ Union, dismissed it as “a purely mythical species.” Today the bird is omitted from official checklists and is largely forgotten.

Ornithologist Noel Snyder, who once led the effort to save the California Condor, and Joel Fry, curator of Bartram’s Garden in Philadelphia, want to change this. In a recent paper in the journal Zootaxa, they not only argue that Bartram’s description holds water but report that Native Americans used the vulture’s feathers, that the bird had probably been observed by another early naturalist, in Louisiana, and that it likely went extinct by the early 1800s. Their conclusion: Painted Vulture should be recognized as a vanished but valid North American species.

This article appeared in the June 2013 issue of BirdWatching magazine.