Become a member and get exclusive access to articles, contests and more!
Start Your Free Trial
BirdWatching  •  News & Features  •  Birdwatching  •  Eyewitness accounts of Ivory-billed Woodpeckers from the Cache River, Arkansas 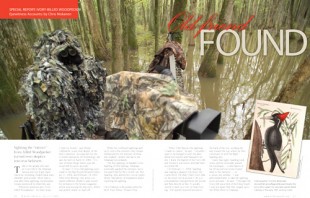 Talk to the people who saw an Ivory-bill in the Arkansas bayous and you’ll get many reactions, including choked-back tears, disbelief, and wonder. More than a year after their sightings, eyewitnesses remain awestruck by what they saw.

“Whenever someone says ‘Ivory-billed Woodpecker,’ my heart stops. I hold my breath,” says Mindy LaBranche, a one-time skeptic of the bird’s existence. As a searcher for the Cornell Laboratory of Ornithology, she saw the bird on April 10, 2004. “It’s one of those things where your life stood still for seven seconds.”

At least 15 Ivory-bill sightings were made in the Big Woods between February 11, 2004, and February 14, 2005. Most were fleeting; only seven contained sufficient details to pass muster for inclusion in the Science magazine article announcing the discovery, which was posted online on April 28.

While the confirmed sightings add up to only a few minutes, they remain emblazoned in the memory of those who walked, canoed, and sat in the Arkansas bottomlands.

The first sighting, by kayaker Gene Sparling of Hot Springs, Arkansas, eventually sparked the intensive, secretive search led by the Cornell Lab. But Sparling, who admits he’s not an expert birder, had plenty of trepidation about reporting his sighting.

“When I did discuss (the sighting), I made no claims,” he says. “I wouldn’t want to be lumped in with the alien abduction hunters and Sasquatch stories. I knew the legend of the Ivory-bill, and I knew it was extinct and had been my whole life.”

On February 11, 2004, Sparling was making a pleasure trip down the Cache River. He didn’t have Ivory-bills on his mind, but at around 1:30 p.m., a woodpecker emerged from the woods and flew directly at him. It quickly veered to land on a tree, its head turning. “He quickly bounced around to the back of the tree, working his way toward the top, where he then continued on with his flight,” Sparling says.

Later that night, Sparling took notes, and he eventually posted his travelogue – a description of his 30-second encounter buried deep in the narrative – on a canoe club website. “I was admonished later to take the sighting more seriously,” he says. “I thought the Ivory-bill was a bird of the Deep South. I was not aware that they ranged up to the White River in Arkansas.”

Fifteen days later, Tim Gallagher, editor of Cornell’s Living Bird magazine, and his friend Bobby Harrison, a photography professor at Oakwood College in Huntsville, Alabama, were in Arkansas, paddling down the Cache with Sparling as their guide. Gallagher had spotted Sparling’s description on a different website. He and Harrison, who always believed that the Ivory-bill still existed, were excited by Sparling’s detailed sighting.

On February 27, the sun shone brightly through the cypress and tupelo trees. It was early afternoon, the second day of their journey in the swamp, and Sparling had paddled ahead to look for a dry spot for lunch, leaving Harrison and Gallagher behind. They had just reached the back end of a lake, where another channel began.

While they had earlier noted many species of woodpeckers in the bayou, including Pileated Woodpecker, they knew precisely what they were looking for in the rabble of birdlife. Harrison fretted about their lack of stealth, knowing that Ivory-bills were extremely wary. “I told Tim that I thought we were making too much noise,” says Harrison, “and he said, ‘Well, maybe one will find us.'”

Ghost from the past

Moments later, Gallagher’s words became prophetic. Like a ghost from the past, an Ivory-bill burst from the woods and flew past them at close range. Harrison and Gallagher noted first the bird’s unusual size and flight pattern, but they weren’t entirely sure it was an Ivory-bill until they saw the distinctive trailing edge of white along the bird’s wings. At that moment, they both called out, “Ivory-bill!”

“It was so astounding, it was like someone throwing a bucket of cold water on my face. It was like a vision,” Gallagher recalls. “We practically fell out of the boat, trying to get to shore.”

The bird appeared to land briefly, and then it flew several times as the men reached shore and began slogging after it through deep mud. They carried a video recorder but quickly realized they wouldn’t get any video because they were mired in the mud. “We both had studied this bird since our early teens and knew what we had seen,” Harrison says. “Tim looked as white as a ghost. His eyes were the size of silver dollars. He says to me, ‘I don’t know about you, but that’s a lifer for me,’ and I couldn’t help but laugh.”

Then Gallagher said they should separate to take notes and draw sketches. They knew the best way to confirm a bird sighting was to record field marks immediately. Others would follow the same routine in the hunt for Ivory-bills over the next year.

“It was a description as copious as we could make it as soon [as possible] after the sighting, so it was branded in our minds,” Gallagher says. “[Birders] don’t always know to do that. It’s vital to take notes because it’s documentary evidence.”

After finishing his notes, Harrison broke down, repeating, “I saw an Ivory-bill,” a refrain that would be widely reported by the press. “It was really an emotional scene,” Harrison recalls. “It was something I always knew existed, but I thought it was such a remote possibility that I would see one. It was unbelievable, like a dream.”

The men spent three more nights on the Cache, never again seeing the bird. Harrison would eventually spend 1,300 hours searching in the swamp. He has seen the bird a total of five times, he says. Two of the sightings were listed in the Science article. More than a month would pass before another confirmed sighting occurred. By then, Cornell had quietly dispatched camera crews and expert ornithologists to the area.

Jim Fitzpatrick, the younger brother of lab director John Fitzpatrick, packed two canoes and drove to Arkansas from Minnesota to help with the search. An expert birder and the director of the Carpenter Nature Center in Hastings, Minnesota, Jim Fitzpatrick had also volunteered with the heavily publicized 2002 Pearl River search in Louisiana and a separate habitat survey in Florida.

On April 5, Fitzpatrick dropped off a cameraman and then spent about three hours canoeing the bayou by himself. He stopped and was reaching for a sandwich when the bird flew into an opening about 100 yards away. “It slowly turned and went along the lake, and I saw the white patches were different than a Pileated’s,” he says. “I realized the bird wasn’t bouncing in flight like a Pileated; it was doing a straight power flight. Then I realized, ‘My god, the white went all along the backside of the wing!’ Honestly, it was an instantaneous rush,” says Fitzpatrick.

“I didn’t know what to do. I took a GPS reading and called it in and sat there for a while, writing notes. Afterward, we put a cameraman in that spot for 19 days, and he didn’t see it again. But it still gives me goose bumps. It’s such a humbling experience.”

Too large for a Pileated

But on April 10, another confirmed sighting would take place, this time by a skeptic. Mindy LaBranche has a Ph.D. in zoology and has studied the endangered Red-cockaded Woodpecker extensively, but she couldn’t get her brain around the idea that the Ivory-bill wasn’t extinct.

“I was convinced the bird was extinct,” says LaBranche. “Of course, everybody was hopeful, and if the bird was there, you certainly didn’t think it would be you who sees it. I’m not a lucky birder, and I certainly knew I wasn’t going to see it.”

LaBranche slogged through the bayou for a week without making a sighting. By then, she says, the search strategy had changed from walking through the swamp to sitting, so one day she found herself sitting quietly on a folding chair that had sunk six inches into the mud.

It started to rain as she sat there, so she put away her video camera and called her mother to report that she was going to miss her cousin’s wedding, without revealing the full reason why. Earlier, LaBranche had committed to spending an extra week in Arkansas. Just after turning off her cell phone, a large woodpecker crossed the lake in front of her about 100 yards away, “and I knew it was too large for a Pileated,” she says.

‘I sort of went numb’

Looking through her binoculars, she noticed “that with every flap of the wing, I saw there was trailing white to the end of the wing.”

“I couldn’t believe it,” LaBranche says. “I sort of went numb.”

That night at the motel, Gallagher interviewed LaBranche with a video camera, and the former skeptic said she believed she had seen an Ivory-bill. “I’m 99 percent sure,” she said.

Why only 99 percent? Gallagher asked incredulously.

Now every shred of doubt has faded, replaced by wonder at her luck and the possibility of saving a bird that had been written off as gone forever.

“I’ve doubted myself on a lot of other bird sightings, but not his one,” she says. “There is nothing else it could have been. Nothing.”

Chris Niskanen is the outdoors editor for the St. Paul (Minn.) Pioneer Press. 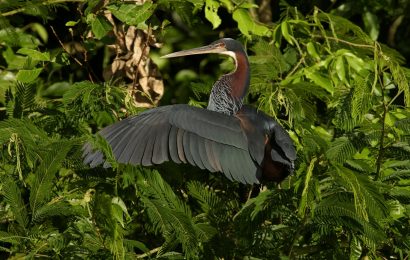 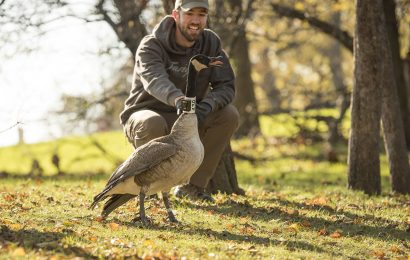 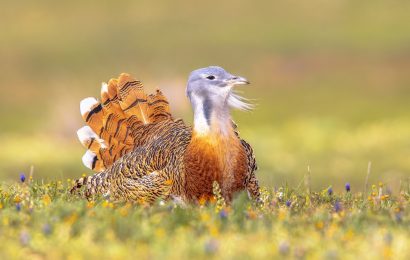