An accomplished and beloved wildlife photographer who has lived for the last 22 years in the New York City area was deported to his native Yemen last week without warning and without the chance to speak with his attorney or his family.

On January 28, Immigration and Customs Enforcement deported 42-year-old Hazaea Alomaisi, who goes by Anwar, after he attended a scheduled meeting with immigration officials.

“For 22 years, Alomaisi had diligently reported for these check-ins, which gave him temporary reprieve from deportation because he wasn’t a priority for removal,” according to a Huffington Post article. “He became active in the local Yemeni community over those years, volunteering with the fire department and photographing weddings.

“But this time when he went to check in with ICE, officials told him he could not go home. Instead, he was to be deported.”

In an interview with the Rockland/Westchester Journal News, Alomaisi said: “I was like one of the happiest guys on the planet, and when they told me they were going to send me back, I feel like someone threw me from the 20th floor to the street.”

Yemen, which lies at the southern end of the Arabian Peninsula, has been embroiled in a civil war since 2015. A Wikipedia article about the war says, “over 100,000 people have been killed in Yemen, including more than 12,000 civilians, as well as estimates of more than 85,000 dead as a result of an ongoing famine due to the war.” Since Alomaisi arrived, he has told friends about seeing the famine first-hand. On his Instagram account, he posted a photo of a child digging through garbage for food.

Alomaisi is well known as a wildlife photographer in the Lower Hudson Valley. He told BirdWatching via a Facebook interview that he has always loved birds and that he began photographing them in 2008.

Kevin Winterfield of Croton, New York, became friends with Alomaisi in 2014 when they met while birdwatching in a local park. “I set up a couple of bird photo tours with him in the area that were well received,” he says. “He’s one of the nicest people I’ve ever met.”

Regarding Alomaisi’s wildlife photography, Winterfield gives him high praise. “He’s definitely at a pro-level in terms of shots and knowledge — especially of the American Bald Eagles in the Peekskill, New York, area. He also loves to share his skills, both of the camera and the birds, with others.”

Winterfield notes that Alomaisi is very well known among wildlife photographers in the New York area. “There are two large photo communities on Facebook that he posts to and everyone loves his work,” he says. In 2016, Alomaisi garnered praise when he transported an emaciated Snowy Owl to a wildlife rehabilitator in hopes of saving it.

New York State Senator Peter Harckham has issued statements in support of Alomaisi, including this tweet:

Anwar’s well-documented love for this country, his service to his community as a volunteer firefighter and Red Cross aide meant nothing to the cruel bureaucrats now tearing families apart with little, if any, legal recourse or due process.https://t.co/BMQdfxCiJY

How Anwar was treated was just wrong.

It’s disturbing he'd be ripped from Westchester and sent—without warning or representation—to a war-torn nation where he could face danger and violence.

We'll work with his advocates and attorney to help.https://t.co/NHFxekFSsL

Anwar is a photographer who volunteered with his local fire department. The Trump administration deported him—without a chance to see his attorney or say goodbye to his family—to war-torn Yemen, where he fears for his life. We must end this cruelty. https://t.co/J3wBjzxRc4

The story of Alomaisi’s sudden deportation has been covered by local TV news stations and newspapers in the area. Winterfield is doing what he can to bring his friend home by sharing his story on social media and setting up a GoFundMe page to help with legal expenses. Alomaisi’s attorney is working to get immigration officials to reopen his case. “He hopes to force immigration officials to return Alomaisi to the U.S. by arguing that his rights were violated,” the Journal News reports.

Winterfield offers three suggestions for anyone who would like to help:

1) Join the #BringAnwarBack Facebook group. “This is where we will keep everyone informed on our progress as well as let folks know how they can further help out,” Winterfield says.

2) Donate to the GoFundMe campaign.

3) Share his story, the group, and the fundraiser information with friends.

“As you can see from the outpouring of support, he is loved by many,” Winterfield says.

Post updated February 12 with tweets from Schumer and Warren. 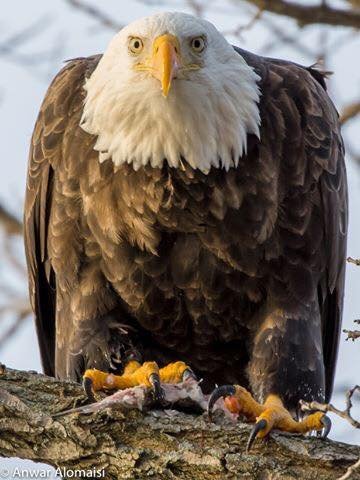