UPDATE, MARCH 27: The birders whose story we tell below flew back to the U.S. yesterday, March 26, on a repatriation flight out of Iquitos, Peru. One of them told us, “The Peruvian president just extended the state of emergency today, and I believe if we hadn’t gotten out when we did, we could’ve been there for weeks longer.” If you’re aware of other birders who are unable to leave Peru, or other countries, please let us know.

More than 2,000 Americans are stuck in Peru after the nation closed its borders over the spread of the coronavirus. Among them are many birders, including six clients of Arizona-based Naturalist Journeys, their guide, and a consultant. They’re currently staying at a hotel in the northern city of Iquitos, which sits on the Amazon River, but they don’t know when they’ll be able to go home.

I spoke via Zoom with the tour leader, Bob Meinke, and Mason Flint, who serves as a consultant to Naturalist Journeys. They explained what has happened so far.

The group arrived in Lima on March 12, spent a day or two there, and then flew to Iquitos, where they boarded the Zafiro, a large boat that offers multi-day cruises on the Amazon. In addition to the group of eight travelers with Naturalist Journeys, 15 others were on the cruise, which was organized by Seattle-based International Expeditions.

When they arrived in Peru, Meinke says, the country only had a couple cases of coronavirus in Lima, and since the travelers were isolated on the river, they didn’t know how quickly the pandemic was spreading. At last count, Peru had more than 260 cases.

A few days into the trip, the Zafiro was about 120 miles upriver from Iquitos when a guide on the boat received a message that Peru’s president had closed the borders and the boat had to go back to the city. Flights were still being allowed to leave for a short time, but the group was too far upriver and wouldn’t make it back before the airports were closed.

It took about a day and a half to get back to Iquitos, and when they arrived, a curfew had been imposed, meaning no one could be outside between 8 pm and 5 am. The boat arrived after 10 pm, so because of the curfew, police escorted the passengers to their hotel. Since they arrived, they were initially allowed to walk alone or in small groups to a nearby pharmacy, but now errands such as that are being done by Peruvian guides.

The Naturalist Journeys group is made up of people from their early 50s to mid-70s, and some younger people are part of the International Expeditions group. Most of the pharmacy errands were for ibuprofen or other common drugs, but Meinke said, “There are a few [in the group] who are taking more advanced medications for various ailments that they didn’t expect to have to worry about bringing in big supplies. And we don’t know to what degree they can get those.”

The guides, participants, and tour-company leaders have been working to get the Americans back to Lima and then on a flight to the U.S., but so far, nothing has worked. They have been in touch with their home-state senators in at least four states, as well as the U.S. embassy.

Meinke and Flint say they’ve heard that United Airlines may begin flying Americans out of Lima and Cusco on chartered flights, but that isn’t certain, and in any event, it doesn’t sound like the charters would help Americans who are in Iquitos. Alternatively, they may be able to fly to Lima on March 31, followed by a flight to the U.S. on April 1. But even that is uncertain because the Peruvian government might extend the travel restrictions.

Contrast their situation with those of people from other countries.

When the border-closing order was given, says Flint, “there were a thousand Israelis here in Peru, and within 48 hours, El Al put three giant jets in the air screaming for Lima, piled them on then left. And the rest of us are all sitting here.”

And people from Chile, Canada, and Mexico are expected to leave soon, they say.

The fortunate news is that the group is in a comfortable hotel and “not in an emergency situation,” says Flint. Other American travelers are “in much worse shape than we are, out in more remote locations,” Meinke says. “Either they are unable to travel or are being restricted from traveling.”

On social media, groups of Americans stuck in Peru have banded together on Facebook, Reddit, and WhatsApp, and there’s a Google sheet listing more than 2,000 Americans still in the country.

Meinke noted that a few smaller boats that came down the Amazon are tied up downstream outside of Iquitos, and the passengers aren’t being let off. “Those people are still stuck on their boats. The toilets are backing up and God knows what’s going on on those boats. It’s hotter than hell here.”

The presidential edict prohibits all travel – by boat, air, or land – and military guards are enforcing the rules.

Despite being stuck inside, the birders in the group are making the most of the circumstances. Meinke says because Iquitos is “like a ghost town,” the group is seeing few pigeons and more interesting birds like euphonias and oropendolas.

And the boat trip itself was quite memorable. The travelers saw about 150 bird species, including woodcreepers, parakeets, and “so many spinetails,” as well as monkeys, sloths, and other wildlife.

View photos of the wildlife they encountered along the Amazon: 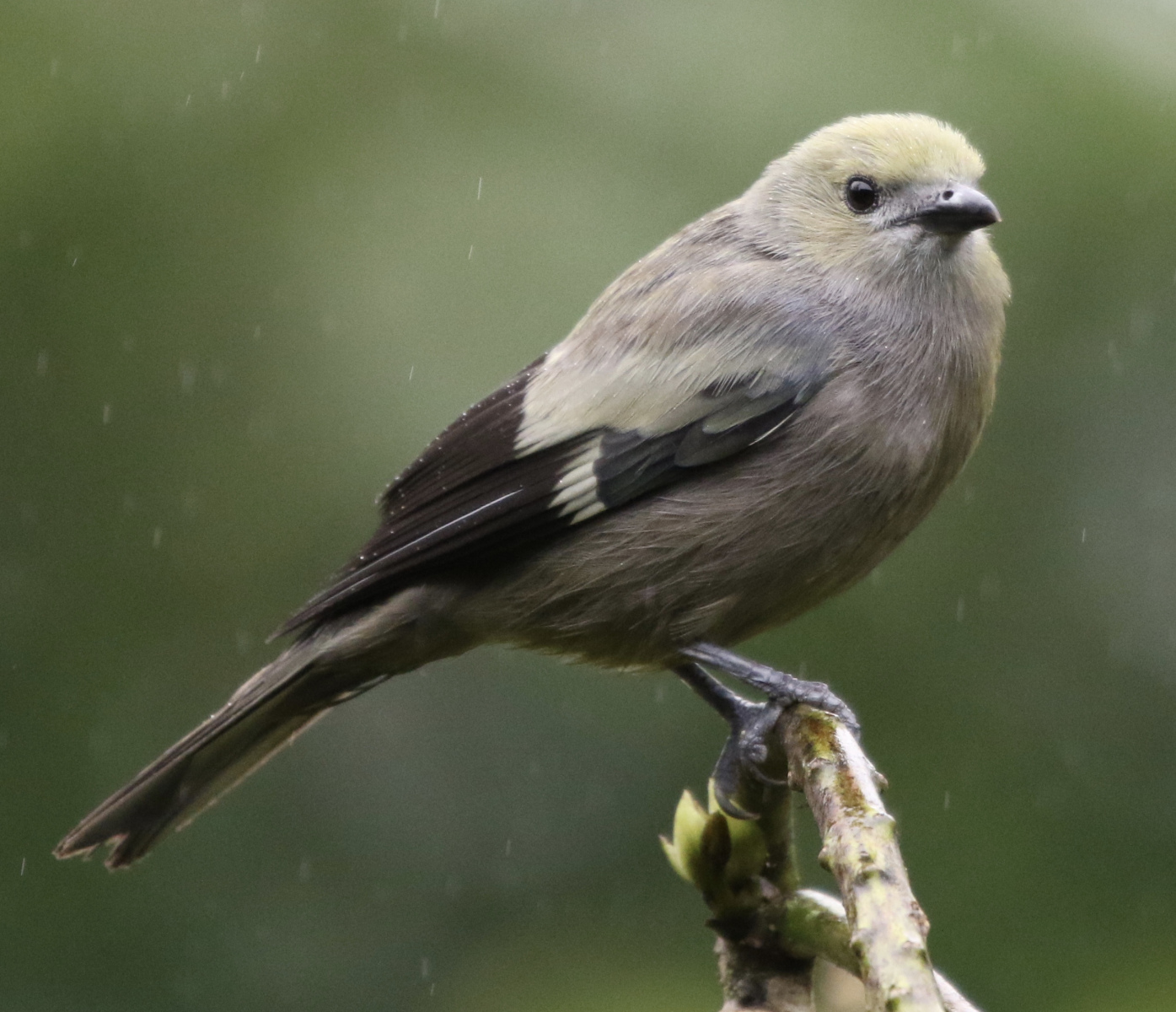 Birding festivals and events canceled due to COVID-19 outbreak