Become a member and get exclusive access to articles, contests and more!
Start Your Free Trial
BirdWatching  •  News & Features  •  Birdwatching  •  10 important news stories about birds from the last two weeks

Here’s a recap of the most important stories that we tweeted and retweeted over the past two weeks:

2. History-making eagles: New York City Audubon announced that a pair of Bald Eagles appear to be incubating eggs on the south shore of Staten Island. Theirs is the first reported active Bald Eagle nest in New York City in 100 years. April 16 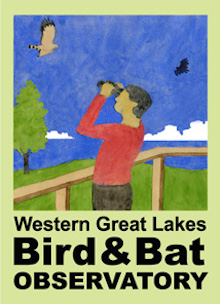 3. Bounty on Lake Michigan: The Western Great Lakes Bird & Bat Observatory in Wisconsin announced that a counter at its waterbird watch at Harrington Beach State Park, on the Lake Michigan shore north of Port Washington, tallied 81,729 birds between March 1 and April 2. More than 38,000 of the birds were Long-tailed Ducks. April 16

4. Drought and mosquitos: The California Department of Public Health announced that in 2014 it recorded the most cases of West Nile fever since the mosquito-borne virus showed up in the state more than a decade ago. Thanks to the drought, researchers say, the number of infected mosquitos is increasing, and they’re closer to humans. April 13

5. The shooting will go on: In a crushing defeat for bird conservationists, voters in Malta rejected a referendum that would have banned the annual April hunting of Turtle Doves and quail. The margin of defeat was only 2,200 votes. April 12

6. Cheeseheads everywhere: A male Kirtland’s Warbler that had hatched and been banded in central Wisconsin last summer was found in the Bahamas, on Cat Island. It was the first time ever that a Kirtland’s banded in Wisconsin had been re-sighted on the wintering grounds in the Bahamas. April 10

7. Just say no: Big-box retailer Lowe’s Home Improvement said that it would phase out products contain neonicotinoid pesticides over the next four years. In the past year, more than 20 nurseries, landscaping companies, and retailers Home Depot, Whole Foods, and BJ’s Wholesale Club have also taken steps to eliminate neonics from their shelves. April 9

8. One for the life list: A new species of giant terror bird was identified from a spectacularly complete fossil discovered in 2010 in northeastern Argentina. The bird weighed 18 kilograms (about 40 pounds), stood about 1.2 meters tall (4 feet), and, gulp, ate meat. It went extinct about 2.5 million years ago. April 9

9. Keeping track of Whooping Cranes: The Whooping Crane Eastern Partnership announced that no more than 99 cranes — 53 males and 46 females — were in the eastern migratory population on March 31. Seventy-two of the cranes were in Wisconsin. April 8

10. Vultures in the coal mine: According to a West Virginia University study, lead poisoning in vultures is way more prevalent than expected. The sources of the poison are lead ammunition and emissions from coal-fired power plants, the researchers say. “We view these vultures as indicators, as canaries in the coal mine.” April 7

Don’t miss any news about birds!

28 citizen-science projects you can join in April and May.

Read about fun events taking place in May.