Here are the most important bird-related stories of the past two weeks:

2. Bird-killer amendment shelved: Rep. Jeff Duncan, a Republican from South Carolina, withdrew his amendment to a spending bill that would have prohibited enforcement of the century-old Migratory Bird Treaty Act and the Bald and Golden Eagle Protection Act. A Duncan staffer said the amendment was designed to promote wind-energy production. Conservation organizations, including Audubon, American Bird Conservancy, and the Ornithological Council, called the measure what it really was: a bird killer. July 8

3. Colony abandoned: In May, thousands of Little Blue Herons, Roseate Spoonbills, Snowy Egrets, and other birds suddenly abandoned a colony on the Gulf coast of Florida that had persisted for decades. The eggs and nests were on Seahorse Key, a part of the Cedar Keys National Wildlife Refuge. “It’s not uncommon for birds to abandon nests,” said a Florida wildlife biologist. “But, in this case, what’s puzzling is that all of the species did it all at once.” July 7

4. Great numbers on Great Lakes: The Great Lakes Piping Plover Recovery Effort announced that it was having a great breeding season: It had recorded 71 pairs of Piping Plovers (above). The partnership says it needs only one more pair to break the record total. The Great Lakes population was listed as federally endangered in 1986. July 5

5. First for Canada: A Magnificent Hummingbird (right), a species that normally occurs no farther north than Arizona and New Mexico, was photographed near the city of Kamloops, which is in south-central British Columbia, northeast of Vancouver. If accepted, the sighting would be the first record for British Columbia and a first for Canada. July 4

6. Duck numbers strong: According to surveys conducted in May and early June by the U.S. Fish and Wildlife Service and Canadian Wildlife Service, overall duck numbers in North America are statistically similar to last year and remain strong. Total populations were estimated at 49.5 million breeding ducks. Last year’s estimate was 49.2 million birds. July 2

7. A record fine, but still not enough: BP agreed to pay $18.7 billion, a record, to settle law suits resulting from the disastrous 2010 Deepwater Horizon oil spill in the Gulf of Mexico. More than four million barrels of crude oil leaked during the disaster, 11 crew members died, and at least 820,000 birds perished — 700,000 birds within 25 miles of shore and 120,000 farther out. July 2

8. Checklist changes: The American Ornithologists’ Union released the 56th Supplement to its Check-list of North American Birds. The supplement summarizes decisions made between May of last year and April 2015 by the AOU’s Committee on Classification and Nomenclature-North and Middle America. Among the changes: Herald Petrel, Townsend’s Shearwater, Great Skua, and Bahama Woodstar were split, but LeConte’s Thrasher, Painted Bunting, and Northern Cardinal were not. July 2

9. Embassies to open: The administration announced that the United States and Cuba, home of Bee Hummingbird, had agreed to reopen embassies in Havana and Washington, D.C., for the first time in five decades. BirdWatching magazine, in partnership with the Caribbean Conservation Trust, will lead a bird survey in Cuba February 6-15/16, 2016. July 1

Open doors: Read about a recent trip to view Cuba’s extraordinary birds (from our April 2015 issue).

How the rules for traveling to Cuba have changed (April 2015).

10. A year’s worth of warbler data: The Smithsonian Migratory Bird Center announced that researchers in Michigan had found 150 Kirtland’s Warbler nests this year. They found only 57 last year. Even more exciting, the biologists said they were able to recapture 26 of 60 warblers that they had equipped with geolocators last year. Of the devices, 21 had collected a full year’s worth of data. July 1

See 10 important news stories from the last weeks of June.

10 news stories from the first weeks of June. 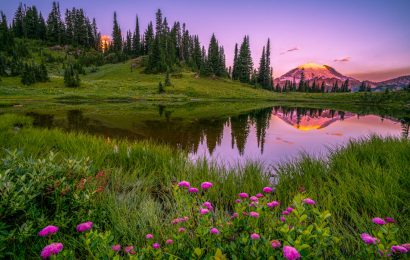 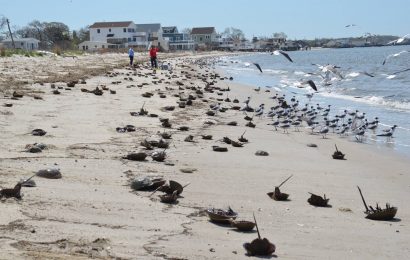 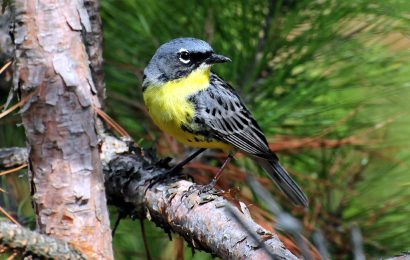