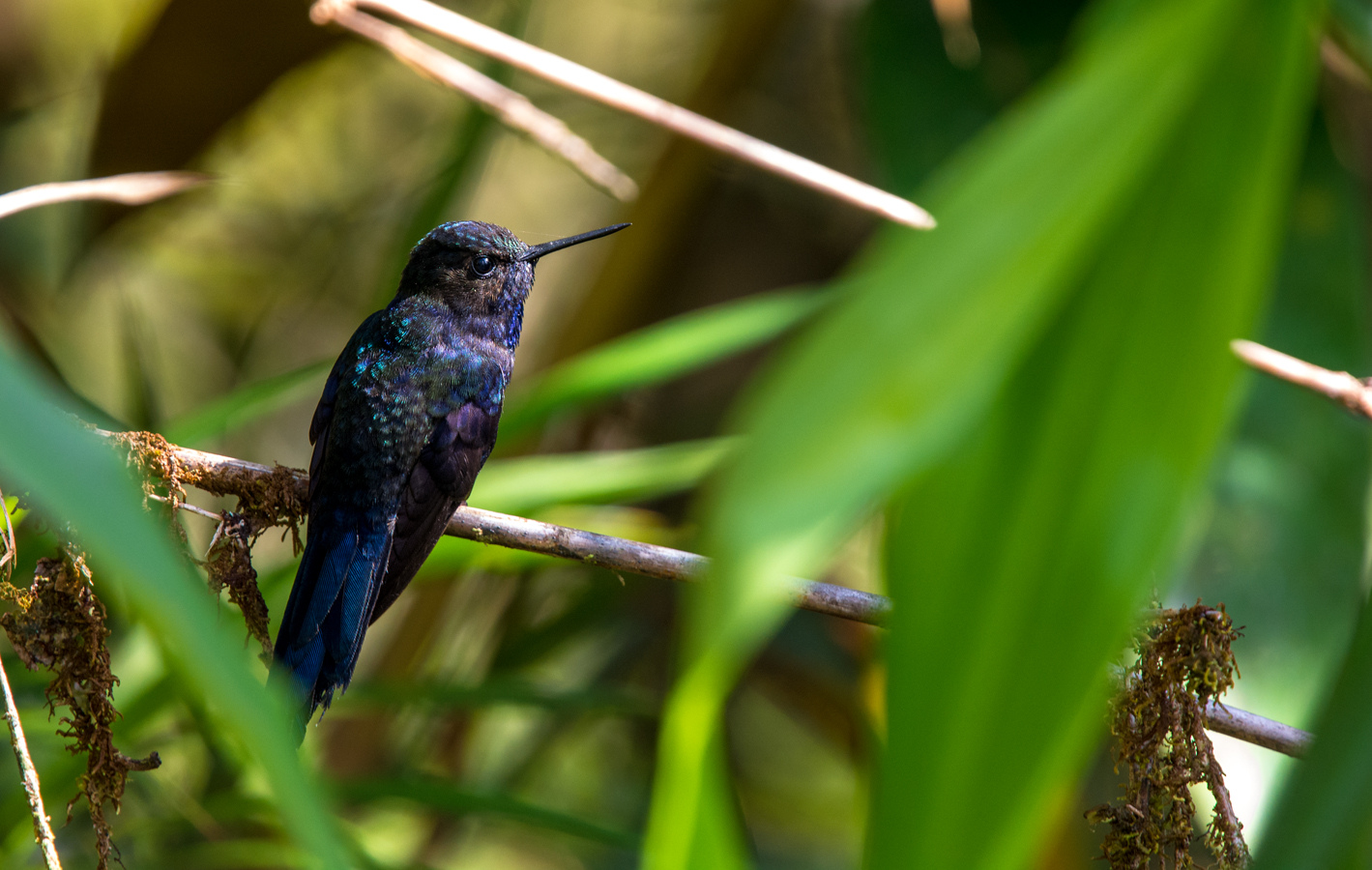 This very rare hummingbird was described for science as recently as 1979, having been observed by bird recorders in northern Peru. There are thought to be fewer than 10,000 of these birds in existence anywhere, so a sighting would be a huge tick on the bird list. The Abra Patricia Reserve in the cloud forests of the Northern Peru Birding Route was set up, in part, to conserve the habitat of this little deep-blue hummingbird. The males are a striking blue with a strongly forked tail, the females are dark green above with brown bellies spotted with green. Their tails are also forked, but not in such a pronounced way as the males’. Like many of the hummingbird species, these birds live around the forest edges on ridge tops or in ravines, particularly where the soil is sandy and impoverished and the vegetation stunted. They are seen at their best when there is strong sunlight to catch their shiny plumage.