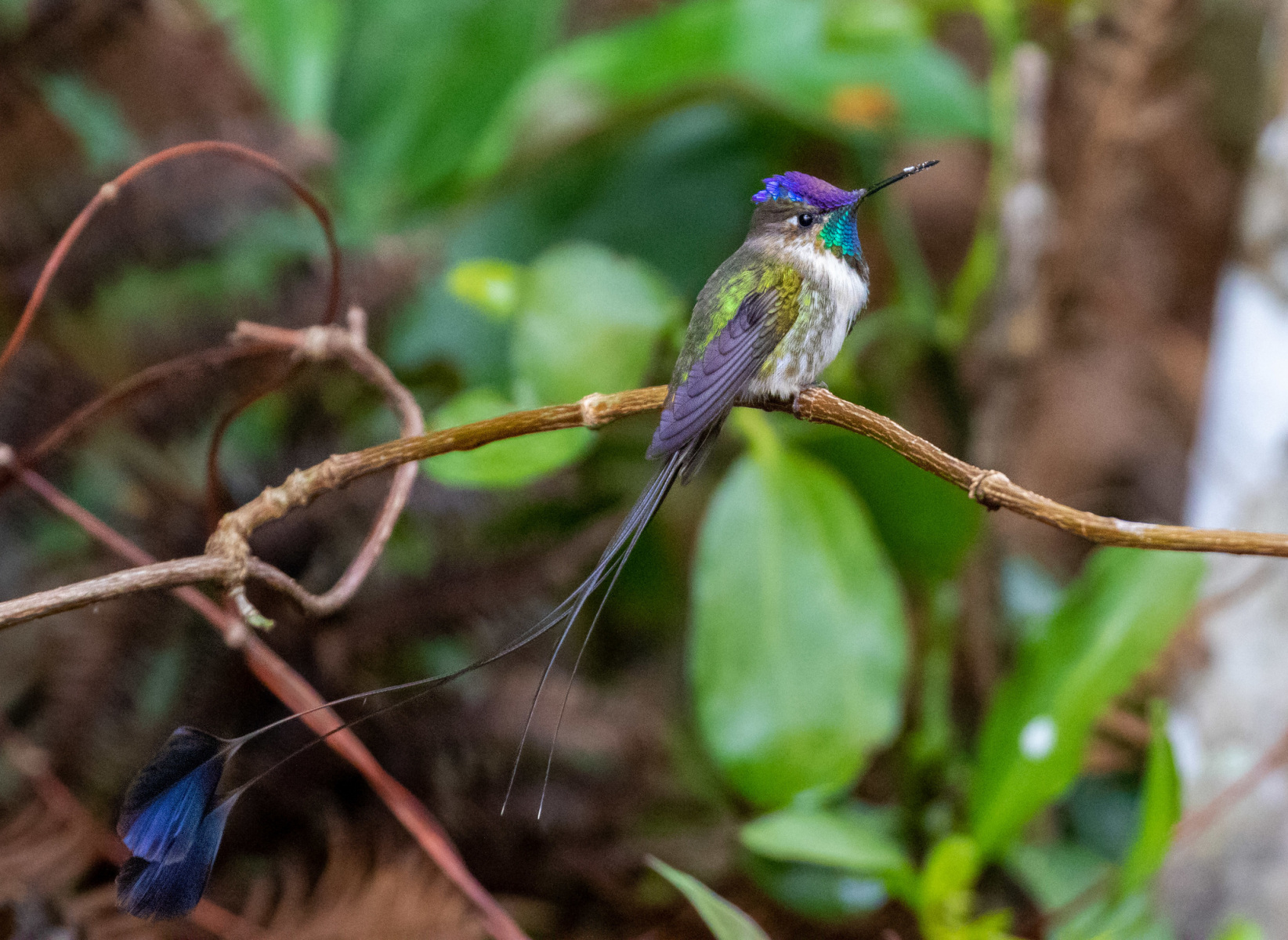 One of the world’s rarest species of hummingbird, it is found only in Peru’s Utcubamba River Valley, where it was first recorded for science in 1835, and at one site in the province of San Martín. Its four wire-like tail feathers, like the Booted Racket-tail, consist of two central straight ones and two outer ones that cross over each other and end in a disk in the male and a droplet in the female. During courtship, the male makes a snapping noise as it hops at a furious speed on a twig or hovers in front of the female while waving his tail. The snap was originally thought to come from the tail disks clapping together, but it is now known that the sound comes from the bird’s throat.