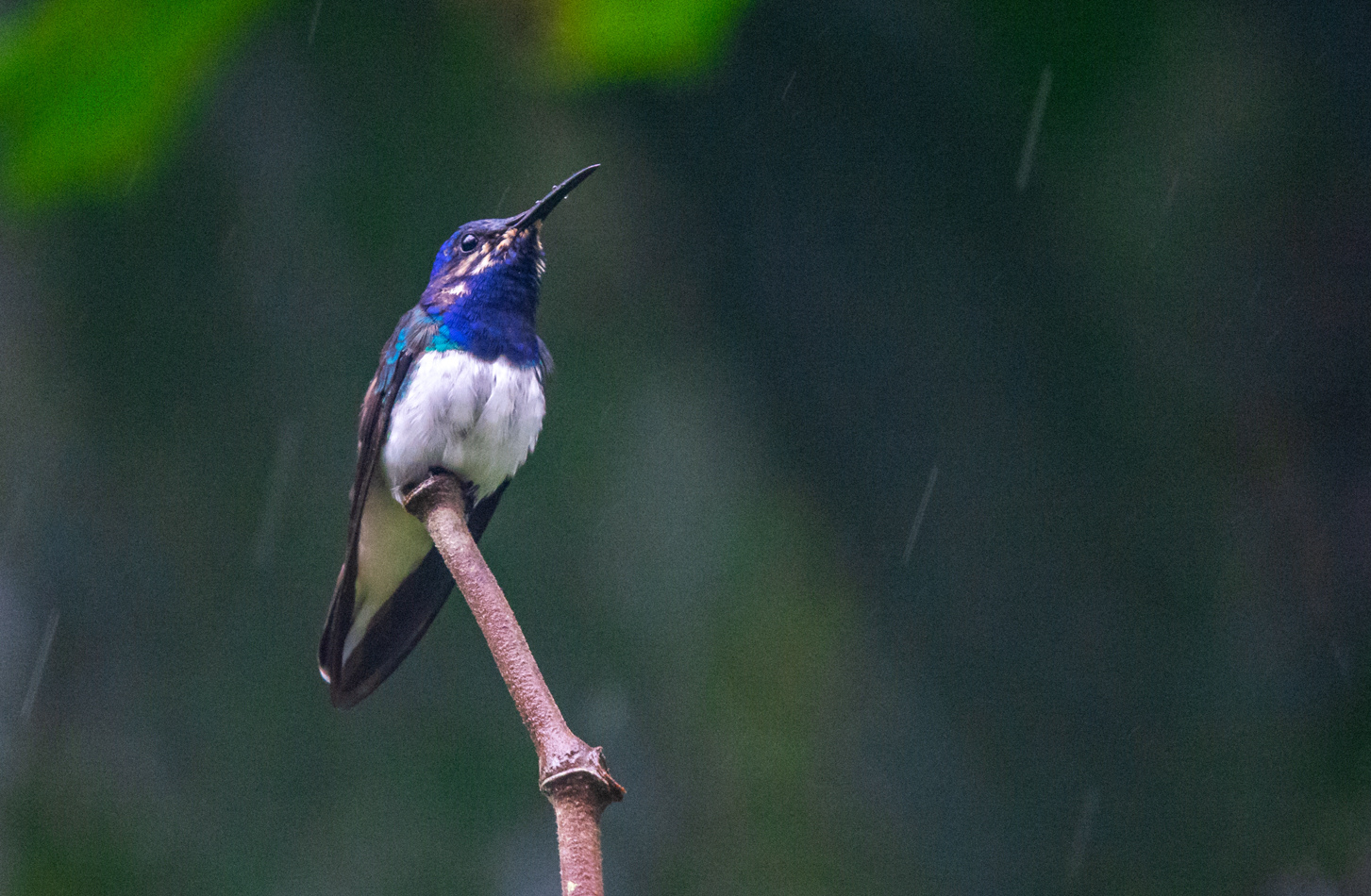 This large hummingbird is found in northern and eastern Peru. Its white patches make a striking contrast with its bright blue head and emerald green back. Apart from taking nectar from plants and shrubs, this hummingbird is fond of flowering trees, so its range takes it from forest canopies to gardens. It tends to fly alone and doesn’t defend a territory, but it becomes combative in the breeding season and will compete aggressively if it finds a good crop of flowers that it doesn’t want to share, often driving off smaller species.