In a recent issue, we described 19 new books about birds that belong in your library — and in the hands of your favorite young birder. Two were about owls. Each is filled with copious photographs and details about owl behavior, habitat, diet, and migration. 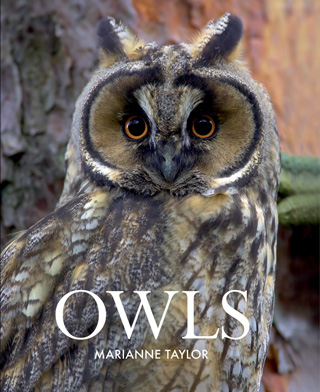 The first, Owls, comes from British writer Marianne Taylor. She’s the well-known author of Dragonflight: In Search of Britain’s Dragonflies and Damselflies (published by Bloomsbury, 2013), RSPB British Birds of Prey (Christopher Helm, 2010), The Nature Book (Michael O’Mara, 2009), RSPB Where to Discover Nature (Christopher Helm, 2009), and other books, as well as the blog The Wild Side.

Here she devotes nearly 100 pages to descriptions of owls’ lives — how they hunt and breed, their taxonomy, and threats they face. We learn, for example, that Great Horned and European Eagle Owls often prey on other owls. Then Taylor offers one- to four-page profiles of more than 40 species that are found in the United States, Canada, Eurasia, and northern Africa. 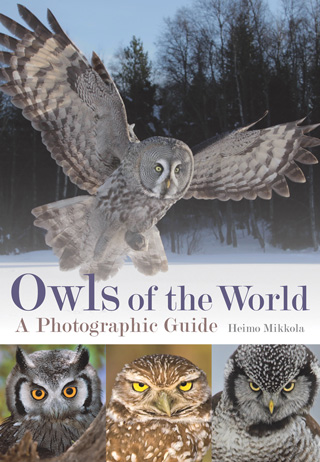 The second, Owls of the World: A Photographic Guide, comes from Finnish ornithologist Heimo Mikkola. Since 1974, a position with the Food and Agriculture Organization of the United Nations has taken him to 128 countries and given him the opportunity to study owls on every continent, allowing him to become one of the world’s leading experts.

Here he offers range maps and notes on identification, calls, habitat, and geographic variation for the world’s 249 species. Photographs accompany nearly all of the accounts, except for the handful of species that have never been photographed. In an essay titled “Owls and Humans,” Mikkola describes survey results from various countries that show, even today, fairly large percentages of people harbor superstitions toward the birds.

Clearly, the need is great for books like Taylor’s and Mikkola’s and other efforts to educate people about owls.

Look for roundups of notable new books about birds in every June and every December issue of BirdWatching magazine.