Become a member and get exclusive access to articles, contests and more!
Start Your Free Trial
BirdWatching  •  Gear & Products  •  Books  •  Two smart books to share about the Passenger Pigeon

In this, the 100th year since the Passenger Pigeon went extinct, we have an assignment for you, dear reader: Share the bird’s story with someone who isn’t a birder, who doesn’t know what the world lost.

Thanks to a couple of talented authors, the conversation doesn’t have to be a downer. You can start by saying, “Here, read this book. I think you’ll like it.” 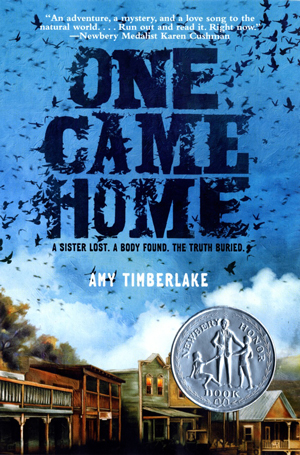 One to hand to pigeon-deprived friends is the award-winning One Came Home by Amy Timberlake. It’s set in a fictional town on the Wisconsin River in the summer of 1871, the year in which real-life Passenger Pigeons nested in over 850 square miles of Badger State forests — the largest nesting ever known.

The book is aimed at young readers, but, honestly, it’s just as enjoyable for those of us who aren’t so young. The pigeons make up the backdrop for a coming-of-age mystery. In a thrilling early chapter, the main character, 13-year-old Georgie, watches a river of pigeons flying through town, darkening the sky. (We’re looking forward to the stage play based on the book at Chicago’s Lifeline Theater beginning in February.) 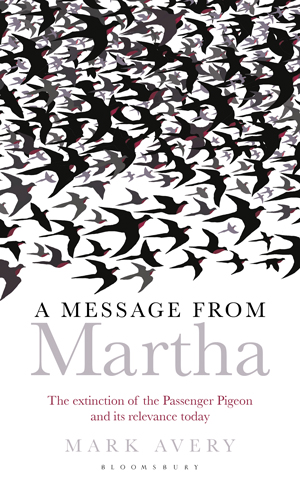 The other book worth sharing is Mark Avery’s A Message from Martha. The author is a former conservation director of Britain’s Royal Society for the Protection of Birds and one of his country’s better-known environmental advocates. In smart, fast-moving prose, he describes what is known and what isn’t about the species.

Avery speculates about what life in North America would be like if vast flocks of pigeons still roamed the skies. He imagines a speech that President Obama could give enumerating a new environmental ethic for the nation. And he puts into words what Martha, the last pigeon, might say today about what we did to her species and yet haven’t really learned from.

Everyone, not just birders, needs to hear this story.

A Message from Martha: The Extinction of the Passenger Pigeon and Its Relevance Today, by Mark Avery, Bloomsbury, 304 pages, hardcover, $22