Become a member and get exclusive access to articles, contests and more!
Start Your Free Trial
BirdWatching  •  Gear & Products  •  Books  •  ‘Project Puffin’ tells how a kid from Ohio brought puffins back to the coast of central Maine 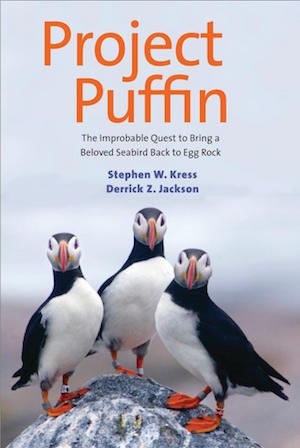 If the articles in our June 2015 issue about the benefits of birding with children weren’t enough to convince you that we need to get more kids interested in birds, then perhaps this thought will: The islands off the coast of south-central Maine almost certainly would be as free of Atlantic Puffins today as they were in the 1960s if the adults in the life of a young Stephen Kress had not encouraged his interest in skinks, frogs, and birds, beginning in the fourth grade.

Kress, of course, is the founder and director of the famous Project Puffin, vice president of bird conservation for Audubon, and director of the Hog Island Audubon Camp in Maine. In this book, he and Boston Globe journalist Derrick Jackson trace Kress’s roots from the woods of central Ohio, where he grew up, to a summer dishwashing job at an Audubon camp in Connecticut in 1963 and a life-changing moment in 1970. It was then that he learned that, a century earlier, puffins had nested on Eastern Egg Rock and other nearby islands in Maine’s Muscongus Bay. Kress asked himself, “What if?” Could puffins be restored to islands that were then vibrant gull colonies?

We know today that the answer is a resounding yes. Puffins, terns, and many other waterbird species nest on the bay’s islands. In fact, in 2014, a record 148 pairs of puffins nested on Eastern Egg Rock. We highly recommend Kress and Jackson’s book for its detailed history of Project Puffin, a story that is, at its heart, about how a kid from Ohio accomplished one of the biggest conservation victories of our time.

Watch a video of Kress and Jackson discussing the book at the Cornell Lab of Ornithology. 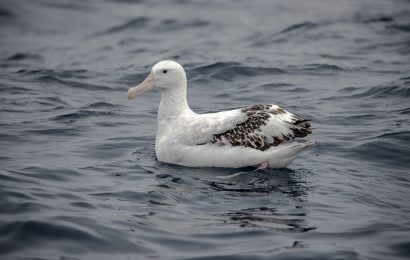 This round-up features field guides, a biography, compelling essays, and a book of thrilling bird art.