BirdLife International reports that at least 145 and perhaps as many as 163 bird species have been lost to extinction since the year 1500. And as we note in “Birding Briefs” in this issue, we are pushing hundreds more toward the cliff. 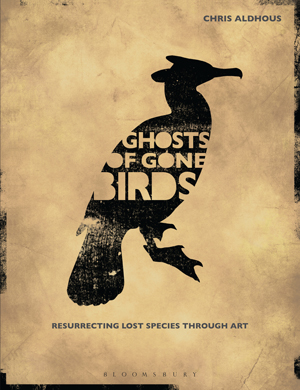 Perhaps Earth and its birds would be in better shape if more people heeded the message of artists like Chris Aldhous and Todd McGrain. Each has a vision to raise awareness about extinct birds, and each has made extraordinary works of art.

Aldhous, an award-winning advertising creative director, led four art exhibitions in Great Britain since 2011 called “Ghosts of Gone Birds.” More than 180 artists and writers joined him with a common goal — “to breathe life back into the birds we have lost so we don’t lose any more” — and a single directive — “birds and art: keep it unexpected.” Each artist chose an extinct or endangered species to depict.

The book Ghosts of Gone Birds: Resurrecting Lost Species through Art chronicles the project and presents its stunning, heartbreaking art: an oil painting of a Black Mamo of Hawaii with a tear running down its cheek, a wall full of stone albatross heads, some with fishhooks in their bills, and dozens of other images, essays, and poems. 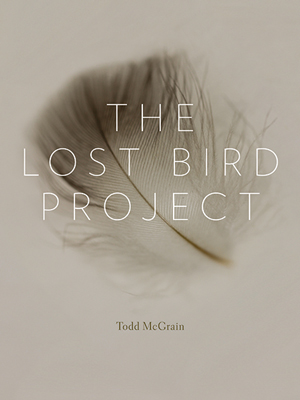 McGrain, a sculptor and artist-in-residence at the Cornell Lab of Ornithology, recently created six-foot-tall bronze statues of the extinct Passenger Pigeon, Heath Hen, Carolina Parakeet, Labrador Duck, and Great Auk. Then he worked with local communities to place his sculptures near where the last wild individual of each species was seen. (You can read our review of The Lost Bird Project, a 2013 documentary film about McGrain, here.) In this beautiful book, he tells the stories of the birds and describes his motivations and experiences in detail.

Like Aldhous, McGrain hopes his art helps “fend off the callousness of forgetting.” So do we.