The “Bookshelf” section in our January/February 2020 issue featured reviews of six books, including a first-hand account of spending a year with Emperor Penguins, a look at the recovery of the Bald Eagle population, and a Peterson Field Guide about the woodpeckers of North America.

Even though the story of the Bald Eagle’s recovery from the DDT days has been told many times, it’s one we should not forget because, as we’ve witnessed in recent years, when people in high office want to set aside laws and regulations that protect wildlife, they will. Photographer and wildlife biologist Jeff Rich looks at many angles of our national bird’s narrative, including its natural history and its status as an icon. Rich writes about the people and organizations that worked to restore populations in the U.S. And the book is filled with page after page of Rich’s gorgeous photos. What’s not to love?

In 2014, Firefly Books published the comprehensive two-part reference The World of Birds by British ornithologist Jonathan Elphick. Its first part was about bird anatomy, behavior, and the like, and the second part was a species directory. This new, essential book is an update of the second part, reflecting the latest classification changes to the Howard and Moore checklist. It includes an introduction to each of the bird orders and a detailed account for every one of the 234 avian families.

In 2018, the BBC aired “Dynasties,” a brief series narrated by Sir David Attenborough about the lives of penguins, chimpanzees, lions, painted wolves, and tigers. For the penguin episode, Lindsay McCrae, a cameraman and photographer, followed thousands of Emperor Penguins in Antarctica for 337 consecutive days. In this remarkable book, he tells the story, including the birds’ breeding behaviors, interactions between parents and chicks, and much more. About halfway through the book, he describes watching a female penguin lay an egg and eventually turn it over to her mate to keep warm while she heads back to the sea to feed — an extraordinary moment in the lives of incredible birds.

If you enjoy watching gulls, then there’s a good bet that you own a field guide or two dedicated to describing the various species and their shades of gray and white. This gem of a book is also about gulls, but it has nothing to do with identifying the birds in the field. Instead, British birder, author, and radio producer Tim Dee has written what Helen MacDonald calls “a love letter to gulls and their charged relationship with humans.” Dee considers the state of nature, filled with our trash and junk, and the birds that associate with said trash and junk. 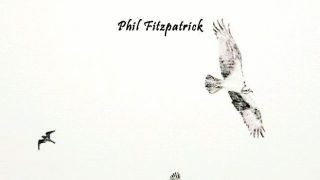 In the preface to his collection of poems about the Hawk Ridge hawk watch in Minnesota, lifelong birder Phil Fitzpatrick notes that this may be the first book of poems “devoted solely to the raptor watching experience at one specific site.” The book, he says, is his attempt to ponder the soul of birds as well as the soul of Hawk Ridge itself, and he accomplishes both. Fitzpatrick’s poems, as Dyana Furmansky writes in the foreword, “are the interface between wild masters of the sky and the ones stuck on the cold ground. They portray humanity’s place in the wild.” The book is illustrated with stunning pen-and-ink drawings by artist Penny Perry.

We somehow neglected to recommend this Peterson guide when it was published a few years ago, but better late than never. The book covers the natural history, ecology, and conservation of the 23 woodpecker species of the United States and Canada, and it features the work of 70 photographers and artists. Author Steve Shunk, a co-founder of the East Cascades Audubon Society and the Oregon Birding Trails project and the owner of the tour company Paradise Birding, is a leading expert on woodpeckers. He lives on the eastern slope of the Oregon Cascades, where 11 woodpecker species breed. The book dives deep on each species, including one that may or may not persist — the Ivory-billed Woodpecker.