Become a member and get exclusive access to articles, contests and more!
Start Your Free Trial
BirdWatching  •  Gear & Products  •  Books  •  ‘Beauty and the Beak’ wins prize for excellence in science books 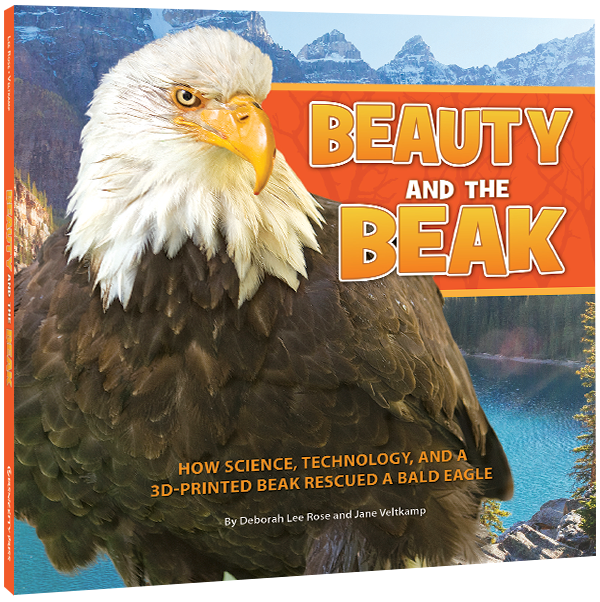 The inspiring new children’s book, Beauty and the Beak, has won the highest honor in children’s book publishing given by a scientific organization, the AAAS/Subaru SB&F Prize for Excellence in Science Books. The American Association for the Advancement of Science gives the award annually to honor outstanding science writing and illustration for children and young adults. Subaru is the sponsor.

Beauty and the Beak is the true story of the Bald Eagle that made world news after she was illegally shot, leaving her without a top beak. The book captures how, after Beauty’s rescue, a raptor biologist, engineer, and dentist collaborated to create a 3D-printed prosthetic beak, followed by surgery to attach the beak, leading to the heartening moment when Beauty took her first drink of water with her new beak.

Written by bestselling children’s author Deborah Lee Rose and raptor biologist Jane Veltkamp, who led Beauty’s beak engineering team, the book includes expanded information from the Cornell Lab of Ornithology about Bald Eagles, their near extinction in most of the United States, and their comeback thanks to conservation efforts. Veltkamp is the founder and executive director of Birds of Prey Northwest in Idaho, a nonprofit raptor center that educates the public about raptor conservation and treats injured birds of prey to return them to the wild.

“In a time when science and technology are advancing so rapidly, and our environment is in such great need of protection, Beauty’s unique story brings together many STEM threads. We hope our book, about how human compassion and technology together helped rescue a majestic Bald Eagle, will engage and inspire not only children, but parents, teachers, scientists, engineers, and many others,” said coauthors Jane Veltkamp and Deborah Lee Rose.

Beauty and the Beak: How Science, Technology, and a 3D-Printed Beak Rescued a Bald Eagle is published by Persnickety Press, the sister imprint of the Cornell Lab Publishing Group. The book is available at cornelllabpublishinggroup.com.