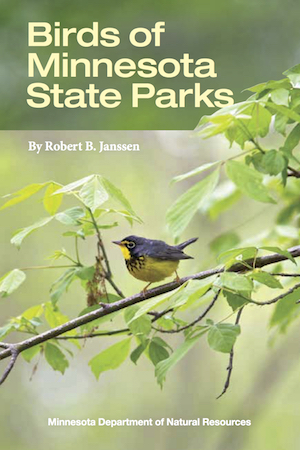 It’s a safe bet that only a handful of people know the birds of their home state as well as Robert B. Janssen knows the birds of his state, Minnesota. In 1975, he co-wrote Minnesota Birds: Where, When, and How Many, and in 1987, he followed it with Birds in Minnesota. And from 1958 to 1996, he was the editor of The Loon, the quarterly journal of the Minnesota Ornithologists’ Union.

In 1997, the Minnesota State Parks and Trails Division wanted to know what birds occurred in two state parks east of the Twin Cities. It turned to Janssen, who immediately signed on to survey the properties. He established a method to count birds in spring, summer, and fall at randomly chosen locations within each park, to cover as many habitat types as possible.

The project was a big success and was eventually expanded to all of the state’s 75 parks and recreation areas. Now, after more than a decade of on-the-ground surveys and consultations with park managers, birders, and others, Janssen and the state’s Department of Natural Resources have published the terrific Birds of Minnesota State Parks.

Janssen describes each park and why it’s worth birding. He recommends several areas within each park to look for birds and provides a map showing where the sites are located. Not only does the book tell readers what parks are good for Bohemian Waxwing, Great Gray Owl, Connecticut Warbler, and other northern specialties, it’s also a delight to read. Don’t bird Minnesota without it.