In BirdWatching magazine, we regularly highlight new books about birds, birders, conservation, and the natural world. The reviews below were published in our July/August 2018 issue. 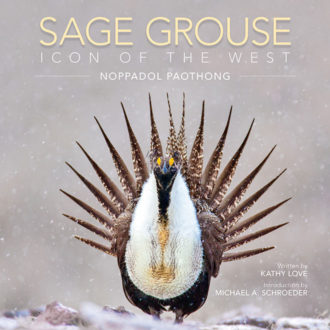 America’s sage-grouse have arguably never needed a groundswell of advocates as much as they do now. The Trump administration has allowed more oil and gas drilling in its habitat, and Congress is moving to prevent the Fish and Wildlife Service from listing the bird under the Endangered Species Act for 10 years.

The bird and those of us who care about it could not have asked for a more talented champion than nature and conservation photographer Noppadol Paothong. In this gorgeous coffee-table book, he shows us the bird’s entire life history — eggs and nestlings, courting adults, and, like the astounding image above, a sage-grouse in flight. We also meet other wildlife that share its habitat — Golden Eagle, Brewer’s Sparrow, pronghorn, and others.

Read more about the book | Check the price on Amazon! 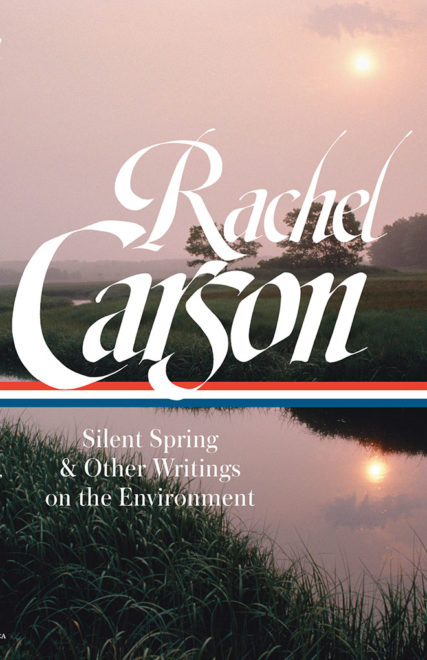 Rachel Carson: Silent Spring and Other Writings on the Environment Sandra Steingraber, editor. The Library of America, 2018, hardcover, 605 pages.

When Rachel Carson published Silent Spring in 1962, it quickly became a bestseller, and it’s now considered one of the landmark books of the twentieth century. In this collection, readers will find it together with rare letters, speeches, and other writings that reveal the personal courage and passionate commitment of its author. The materials include previously unpublished and newly collected letters to biochemists, ecologists, ornithologists, and other experts as Carson was writing Silent Spring.

The book concludes with the speech she gave a few months before her death in which she accepted the Audubon Medal, one of the highest honors in conservation. Speaking of the National Audubon Society’s common cause, she said: “It is a cause that has no end: there is no point at which we shall say, ‘Our work is finished.’ We build on the achievements of those who have gone before us; let us, in turn, build strong foundations for those who will take up the work when we must lay it down.”

The Library of America | Check the price on Amazon! 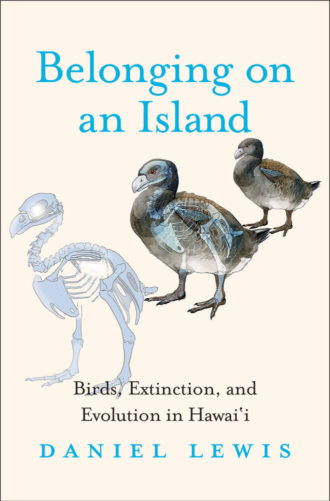 In this book, Daniel Lewis, an award-winning historian, author, museum curator, and globe-traveling birder, tells the story of evolution and extinction among Hawaii’s native birds. He builds his text around four species: the Stumbling Moa-Nalo, the Kaua‘i ‘O‘o, the Palila, and the Japanese White-eye.

The moa-nalo was a flightless duck that is known only from fossil records. It was eradicated rapidly by early Polynesians more than 2,000 years ago. As the name Kaua‘i ‘O‘o implies, this bird was endemic to the island Kaua‘i. It was last heard in 1987 and is presumed extinct. In fact, its three closest relatives are also all extinct. The ‘o‘o is important, Lewis writes, because it represents a time when scientists were just beginning to work to save Hawaiian wildlife. The Palila (the subject of a feature article in our July/August issue) is hanging on to life on the Big Island; its survival, Lewis says, is “entangled with law, politics, culture, and biology.” And the introduced Japanese White-eye is a critical piece of the story because some non-native birds “have been here long enough to have evolved into something unique to the islands.”