An app developed in collaboration with author, illustrator, and BirdWatching columnist David Sibley promises to be an accurate bird-song identifier. It debuts on the iTunes Store today, February 15.

Song Sleuth enables anyone with an iPhone or iPad to record, recognize, and positively identify the songs of nearly 200 North American bird species. Its technological backbone is based on a decade-long development of algorithms for wildlife study by Wildlife Acoustics, a Boston-based company that provides bioacoustics-monitoring systems for scientists, researchers, and government agencies worldwide.

“Song Sleuth is one of many tools that can help identify a bird,” Sibley says. “But its true benefit is helping people become better birders by familiarizing them with known bird songs in a logical, familiar way.” 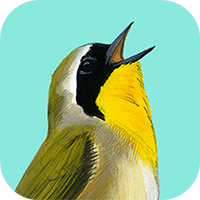 Its software is similar in concept to what is used in speech-recognition technology but is specifically tailored to the unique acoustical characteristics of bird songs.

To identify a nearby bird’s song, users simply tap the record button in “Record and ID” mode. While recording, a visual representation of the frequencies and timing of the bird’s song are depicted in a real-time spectrogram on the screen.

Users complete the recording by tapping the record button again, and the app immediately reveals the three most probable birds on its “Likely Matches” screen. Then users have many options to help them make the final identification of the bird. They can play recordings of the likely matches, compare spectrograms of the built-in recordings with their own recording side by side, or they can use the app’s “David Sibley Bird Reference.” It displays Sibley’s illustrations and descriptions of birds along with range maps and charts developed exclusively for Song Sleuth that show the likelihood of a bird’s presence in the user’s area at any given time of year.

Song Sleuth is available on the App Store for $9.99. An Android version will be available in fall 2017.

David is the author of The Sibley Guide to Birds, Second Edition (2014). Read our interview about the book. His column ID Toolkit appears in every issue of BirdWatching magazine.

David Sibley: How shape changes with the seasons.

David Sibley: How to tell Purple Finch from House Finch.

David Sibley: How to make peace with changes to your checklist.

To understand birds better, take a closer look at feathers.

Learn how to distinguish this small diving duck in its distinct winter and summer plumages. 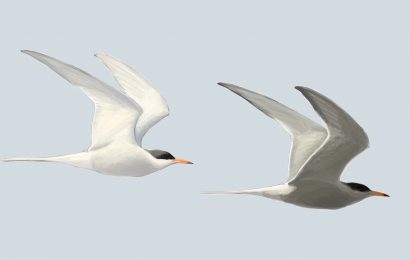 David Sibley warns of the tricks light can play on birders when it comes to identification.