Become a member and get exclusive access to articles, contests and more!
Start Your Free Trial
BirdWatching  •  Bird Identification  •  Field Guides and Apps  •  A new edition of the Costa Rica guide you can carry in the field 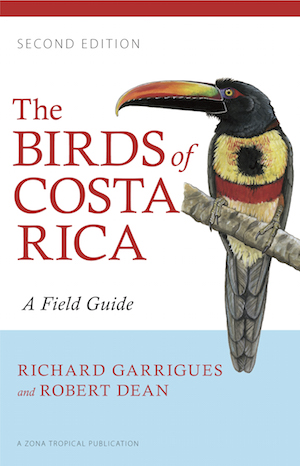 For years, birders who wanted help identifying Costa Rica’s dizzying array of trogons, toucans, hummingbirds, and other birds had to make room in their luggage for at least one big book: either F. Gary Stiles and Alexander Skutch’s A Guide to the Birds of Costa Rica, published by Cornell in 1989, or Robert Ridgely’s A Guide to the Birds of Panama with Costa Rica, Nicaragua, and Honduras (Princeton), which has been available in paperback since 1992. Both are classics, but heavy.

Then, in 2007, came Richard Garrigues and Robert Dean’s The Birds of Costa Rica: A Field Guide (Cornell). Compact enough to carry in the field while still depicting and describing more than 820 species, the book was a cause for celebration.

This fully revised second edition is just as compact, just as portable, and it features even more birds — all 903 of the species known from Costa Rica as of October 2013. New to the volume are 30 species added to the country list since publication of the first edition, pelagic birds, accidental species, and species likely to be found on tiny Cocos Island, the national park and World Heritage Site located about 300 miles off the Pacific shore. Three — Cocos Cuckoo, Cocos Flycatcher, and Cocos Finch — are endemic to the island.

Other changes worth celebrating: Artist Robert Dean has added more than 360 sparkling new illustrations, colors have been given to range maps to indicate birds’ migratory status, and the nomenclature and systematics have been revised to follow the eBird/Clements Checklist of Birds of the World, version 6.8, thus making the new edition eBird-friendly. 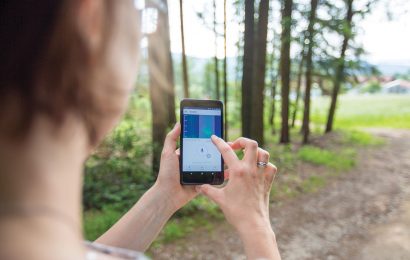 Learn how a smartphone app is revolutionizing birders’ ability to contribute to scientific research. 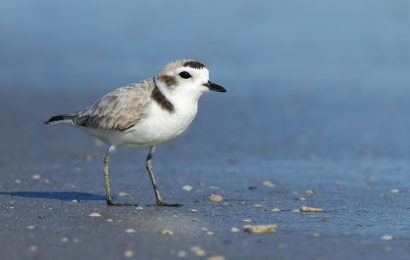 Use this advice to distinguish North America’s smallest plover from its similar-looking relatives.
To access this content, you must purchase BirdWatching Membership. 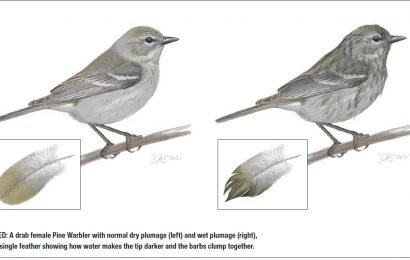 How feathers react after a drenching can affect our perceptions of birds’ appearances.
To access this content, you must purchase BirdWatching Membership.