Become a member and get exclusive access to articles, contests and more!
Start Your Free Trial
BirdWatching  •  Birding for Beginners  •  Migration  •  Maps show where to look for Golden Eagle in fall

In “On the Move,” our regular column about migration, we present pairs of distribution maps from eBird that you can use to compare where interesting birds are at different times of year. We featured Golden Eagle, pictured above, in our October 2014 issue.

These maps show where eBird users found Golden Eagle in July and October from 2003 to 2013. In July, the eagle was spotted from Baja California to northern Alaska, and along Hudson Bay, in northern Newfoundland and Labrador, and at other locations in northern Canada. In October and November, it flies south to wintering areas in Appalachian states, in southern Ontario and Quebec, along the northern Mississippi, and from southwestern Canada to central Mexico. For your best chance to see a Golden Eagle, go to a hawk watch on a day with winds out of the north. Check www.hawkcount.org, the website of the Hawk Migration Association of North America, for the locations of hawk watches near you, or read about these 10 Golden Eagle hotspots:

Read how researchers in a race with wind-power developers are shedding light on the habits, pathways, and winter haunts of the Golden Eagle.

eBird is the real-time online checklist operated by the Cornell Lab of Ornithology and Audubon. “On the Move” is written by eBird’s Garrett MacDonald, Chris Wood, Marshall Iliff, and Brian Sullivan. Submit your bird sightings at ebird.org.

A version of this article appeared in “Birding Briefs” in the October 2014 issue of BirdWatching. Subscribe. 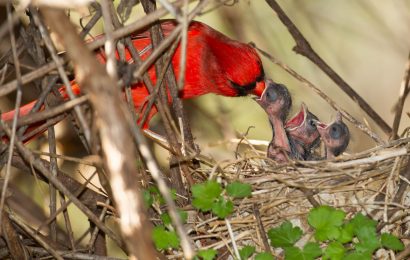 How to reduce potential threats at a vulnerable time for chicks and fledglings. 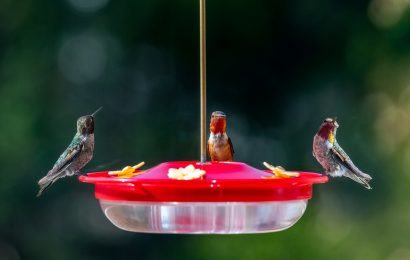 How to continue feeding birds after the weather warms up.

In 2022, the impact of light pollution is the focus of World Migratory Bird Day, an annual global campaign that celebrates the migration of birds … END_OF_DOCUMENT_TOKEN_TO_BE_REPLACED