Become a member and get exclusive access to articles, contests and more!
Start Your Free Trial
BirdWatching  •  Birding for Beginners  •  Helping Birds  •  How the Great Wisconsin Birdathon is helping Wisconsin’s great birds

In these days of partisan bickering and ever-tightening budgets, we find ourselves looking more and more for examples of collaborative, effective partnerships that truly help conserve birds. And we’ve found one right in our own backyard: the Great Wisconsin Birdathon.

For four springs now, Wisconsin’s best birders have formed teams, solicited pledges, and fanned out across the state, trying to find as many birds as possible in a 24-hour period — all to preserve our varied and valuable, and increasingly threatened, birds. 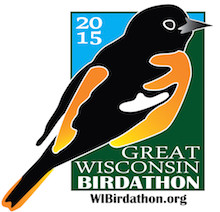 The beneficiaries of the birdathon include the state’s ambitious second Breeding Bird Atlas, the critically important Wisconsin Bird Monitoring Program and Wisconsin Stopover Initiative, the pathfinding Bird City Wisconsin program, important winter habitat in Costa Rica’s Osa Peninsula, and two of the state’s, and the continent’s, most imperiled and best-loved birds — the Whooping Crane and Kirtland’s Warbler.

See Kirtland’s Warbler and Whooping Crane on one field trip May 15-16.

After the pilot project raised $21,000, the event raised $56,000 in 2013. That was the first full-fledged birdathon, and the year that William Mueller, director of Wisconsin’s new Western Great Lakes Bird and Bat Observatory, completed a 246-mile, 28-day-long hike across the state to help raise funds. Mueller’s article about his long walk appeared in our April 2014 issue and is available on our website.

Last year, the Great Wisconsin Birdathon raised $57,000, thanks to 745 donors and 214 birders, who combined to find an impressive 266 bird species. Ten of Wisconsin’s Bird Cities and eight conservation organizations used the Birdathon for their own fund- and friend-raising needs.

This year’s event will feature a 100-mile Long Walk for Birds from Forest Beach Migratory Bird Preserve, home of the Western Great Lakes Bird and Bat Observatory, near Port Washington, to Bay Beach Wildlife Sanctuary, in Green Bay. The event will also include two teams of hotshot birders who will compete against each other while doing an all-out 24-hour Big Day.

One of the teams — Curlew & Screech, consisting of veteran birders Al Shea and Randy Hoffman — holds the state record for most bird species observed over 24 hours. On May 19, 2002, they found an incredible 230 species in 20.3 hours.

The total is amazing. But you may recognize Randy’s name for other reasons: Not only is he a past president of the Wisconsin Society for Ornithology and the author of the book Wisconsin’s Natural Communities (University of Wisconsin Press, 2002), but in Nova Scotia in 2006, he was in the right place at the right time to spot a shorebird that most likely was an Eskimo Curlew, a species now assumed, sadly, to be extinct. Hoffman described the sighting in our October 2007 issue. His article is on our website.

Shea and Hoffman will compete against the team Cleopatra and the Stilts (Cynthia Bridge, Tom Prestby, and Quentin Yoerger).

Birdathon donors who pledge 10 cents per bird or give a single donation of at least $20 to either Big Day team will be entered in a drawing to win a $250 Eagle Optics gift certificate or one of six subscriptions to BirdWatching magazine. You can also register for a Birdathon Tour or give directly to the birdathon or to a different team. The birdathon runs until June 15.

Details about the Great Wisconsin Birdathon, including information about donating, are at www.wibirdathon.org. — Chuck Hagner, Editor

Do you know of another innovative conservation-related event? Please tell us about it a comment below or on Facebook.

Read Bill Mueller’s account of his long walk for birds.

In 2022, the impact of light pollution is the focus of World Migratory Bird Day, an annual global campaign that celebrates the migration of birds … END_OF_DOCUMENT_TOKEN_TO_BE_REPLACED

See how many migratory birds are passing over your county with new Migration Dashboard feature.

Witness the wonders of nature and do some good at the same time!