When my wife and I moved into our home in 2000 in Lansdale, Pennsylvania, she set out to create a garden that would attract birds, populating it with native shrubs and plants.

Later, when we needed to replace a few dead and dying trees, she looked for a tree she felt would be most appropriate for the garden. After some research, she decided to plant a Crataegus viridis, or ‘Winter King’ hawthorn, the 1992 “Gold Medal Plant” as designated by the Pennsylvania Horticultural Society.

Sign up for our newsletter, full of birding tips, news, and more!

This hawthorn variety had much to recommend it. In addition to being disease resistant, it was reportedly covered each spring by masses of white flowers, which were then followed in the fall by orange-red berries that birds eat. In addition to attracting birds, the tree was deer-resistant making it a compelling choice, since deer have found their way into our borough.

As the tree grew and the fall berries became more plentiful, we were delighted but not entirely surprised to see Cedar Waxwings and Northern Mockingbirds, occasionally joined by American Robins and Ruby-crowned Kinglets, feeding on the tree’s bounty. However, what became a surprising bonus for us was the birds the hawthorn attracted each spring in the middle of May, when it truly became a mass of white flowers: warblers.

Initially, we thought the appearance of the neotropical migrants was just luck. After all, we live in the middle of town, and our property is neither adjacent to a park nor a large wooded area. However, over a period of a few years, we noticed that warblers would turn up fairly predictably, especially if the masses of white flowers peaked at just the right time in May.

Naturally, we began to monitor the tree more closely, something that is much easier than looking for warblers in the larger parks and nature preserves in our area. And since the hawthorn only grows to about 25 to 30 feet in height, it concentrates birds in a relatively small area. 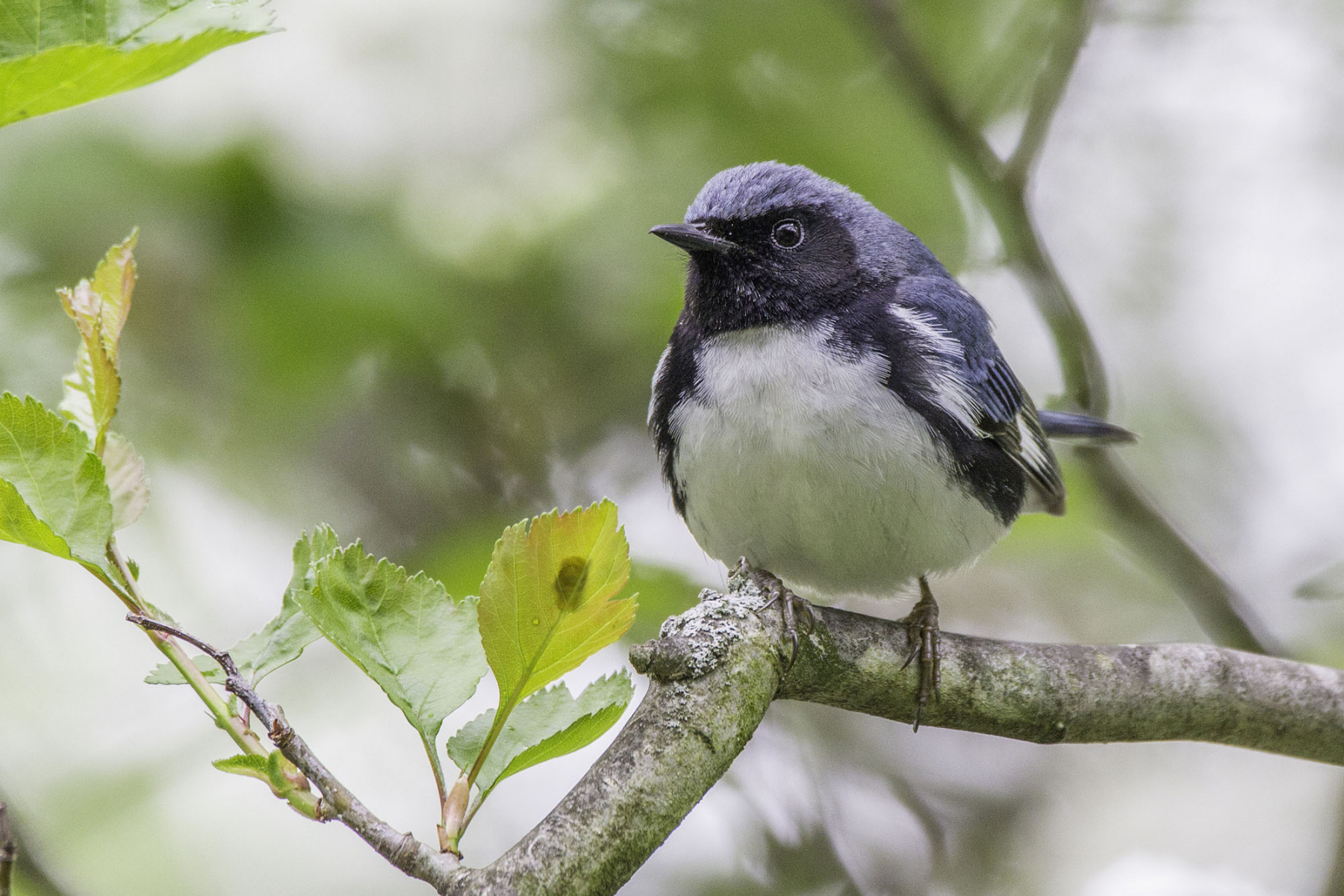 I’ve noticed that individual birds appear to stay for two or three days, prompting me to do more research about this unexpected bonus from our tree. It was not difficult to find the answer. In a 2009 paper in the Journal of Animal Ecology, three scientists at the Sonoran Desert Research Station and the University of Northern Arizona addressed the phenomenon we were observing in our backyard — namely, “flower power.” Their paper was appropriately titled “Flower power: tree flowering phenology as a settlement cue for migrating birds.”

However, it has not always been understood what cues birds respond to when selecting one habitat over another. The researchers maintain that for insectivorous migrants like warblers, the flowering, leaf flush, and leaf loss associated with vegetative phenology may reliably predict the availability of herbivorous arthropods — the insects upon which they feed.

So it’s not hard to see the special appeal of our hawthorn tree. Its mass of white flowers is apparently an irresistible sign, at least for warblers that pass within sight of our backyard. Indeed, with careful observations, we can see the tiny insects the warblers pick out from around the tree’s blossoms. For this reason, when we retire and renew our garden in another location, a ‘Winter King’ hawthorn will certainly be an addition to our yard, if one is not present already.

After losing a favorite tree, it’s time to plant anew

Tips for finding and growing native plants for birds

Minor yard enhancements can have a big collective effect

Laura’s digital hearing aids have a setting that is programmed to help her hear birds again.

Find an organization near you that rehabilitates birds of prey.

It’s OK to rethink your feeder setup if a raptor shows up.